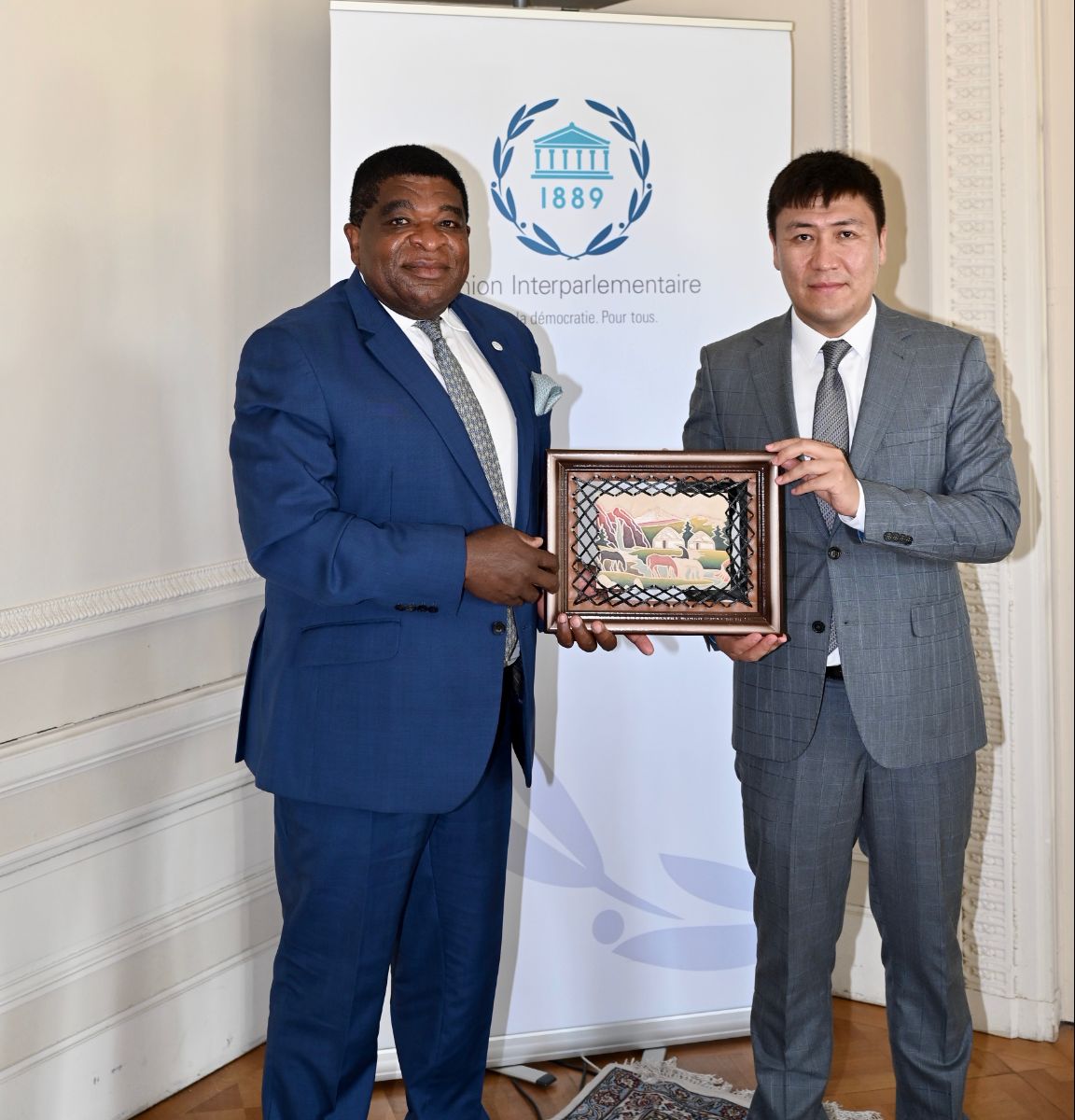 During the meeting, Mr.Beishenaliev informed Mr.Chungong on the latest political developments in the country, including the outcomes of the referendum on the new draft Constitution of the Kyrgyz Republic and the upcoming parliamentary elections. At the same time, the Permanent Representative of Kyrgyzstan noted that according to the new Constitution of the Kyrgyz Republic, the Jogorku Kenesh will now consist of 90 parliamentarians (55 members on party lists and 35 members on single-mandate constituencies) instead of the current 120 parliamentarians.

The Secretary-General thanked the Permanent Representative of Kyrgyzstan for providing detailed information on the ongoing reforms in Kyrgyzstan and assured that IPU continues its full cooperation with Jogorku Kenesh, including by assisting in conducting training to attract more youth and women to parliament, as well as promoting digitalization in the country's legislative body.

In conclusion, A. Beishenaliev invited M.Chungong to visit Kyrgyzstan at any convenient time.