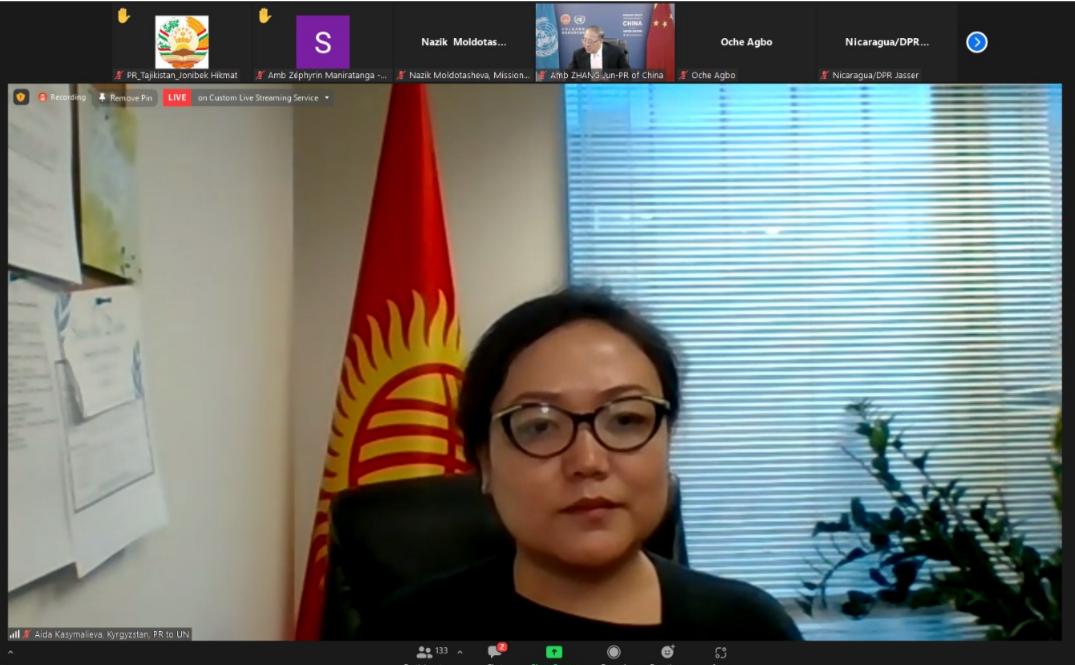 On May 9, 2022, Permanent Representative of the Kyrgyz Republic to the UN in New York Aida Kasymalieva participated in a high-level meeting of the Group of Friends of the Global Development Initiative hosted by the Permanent Mission of China to the UN.

The Minister of Foreign Affairs Wang Yi and UN Secretary-General António Guterres attended the opening session of the event. The event was attended by heads of UN member states at the UN in New York and representatives of international organizations such as the UN Department of Economic and Social Affairs, UNDP, FAO, and UNEP.

In her speech, Permanent Representative Aida Kasymalieva expressed support for the initiative of President Xi Jinping on the Global Development Initiative, which was announced in his speech at the General Debate of the 76th session of the UN General Assembly, in this regard, the Kyrgyz side has joined the Group of Friends of the Global Development Initiative. The Permanent Representative proposed to consider as part of this initiative the following issues: external debt relief in exchange for sustainable development projects, local job creation, access to modern, clean, and affordable energy services in developing countries, and the development of digitalization, which has enormous potential to accelerate progress towards the sustainable development goals.