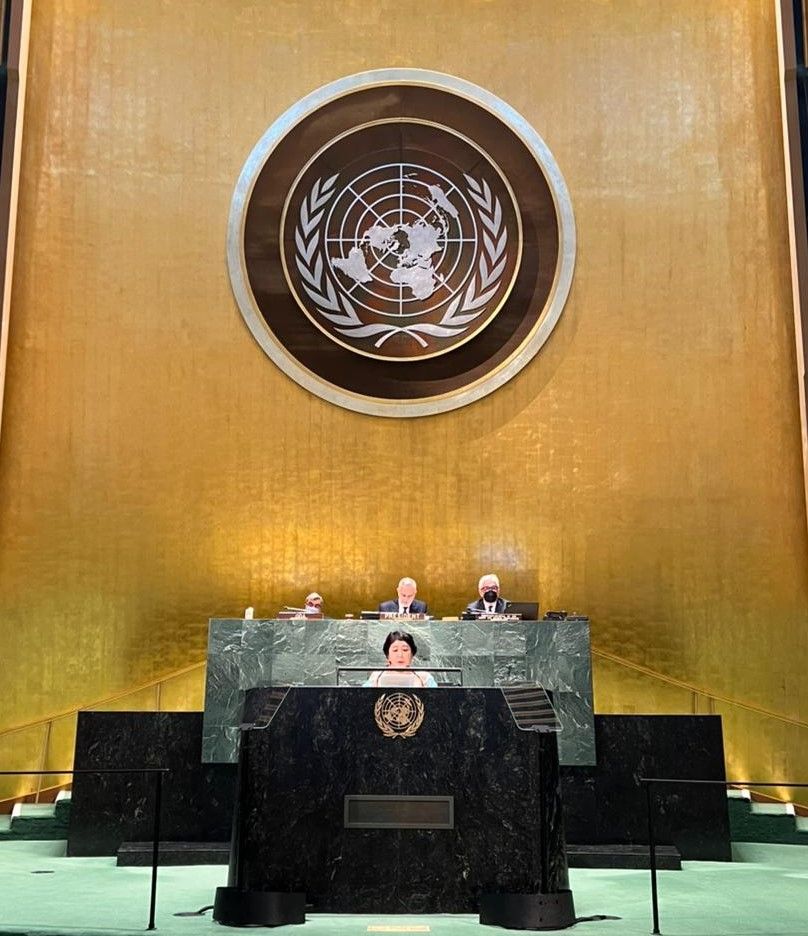 On August 1, 2022, the 10th Review Conference of the Treaty on the non-proliferation of nuclear weapons (NPT) started its work in New York. This year the event is attended by delegations from more than 100 states, as well as heads of international organizations, including UN Secretary-General Antonio Guterres and the IAEA Director General Rafael Grossi. The delegation of the Kyrgyz Republic at the Conference is headed by Deputy Minister Ms.Dinara Kemelova.

In her speech during the high-level segment, the Deputy Minister of Foreign Affairs of Kyrgyzstan informed the participants of the Conference on the efforts made by the Kyrgyz Republic as the Chair of the Treaty on a Nuclear-Weapon-Free Zone in Central Asia, in particular, enlightened the pace of development of cooperation with other Nuclear-Weapon-Free-Zones, as well as speeding up the ratification by nuclear weapon states of the Protocol on Negative Security Assurances to the Treaty.

Noted the importance of including the issues of disarmament and non-proliferation of weapons of mass destruction in the existing national general education programs. In this context, called on the parties to support the draft resolution of the 77th session of the UN General Assembly "International Awareness Day of Disarmament and Non-Proliferation", initiated by the Kyrgyz Republic. Emphasized that education in the abovementioned field will become one of the priorities of the membership of the Kyrgyz Republic in the UN Security Council if country is elected to this important body for the period 2027-2028.

Also, on the margins of the event, a meeting was held between representatives of the State Parties to the Treaty on a Nuclear-Weapon-Free Zone in Central Asia. A thorough exchange of views took place on the matter of further development of cooperation between the parties within the framework of the Treaty.

For reference: The NPT is a treaty entered into force on March 5, 1970, that is considered as a cornerstone of the modern nuclear non-proliferation regime. The main purpose of the NPT is to prevent the proliferation of nuclear weapons and military technology, as well as to promote cooperation of peaceful use of nuclear energy.