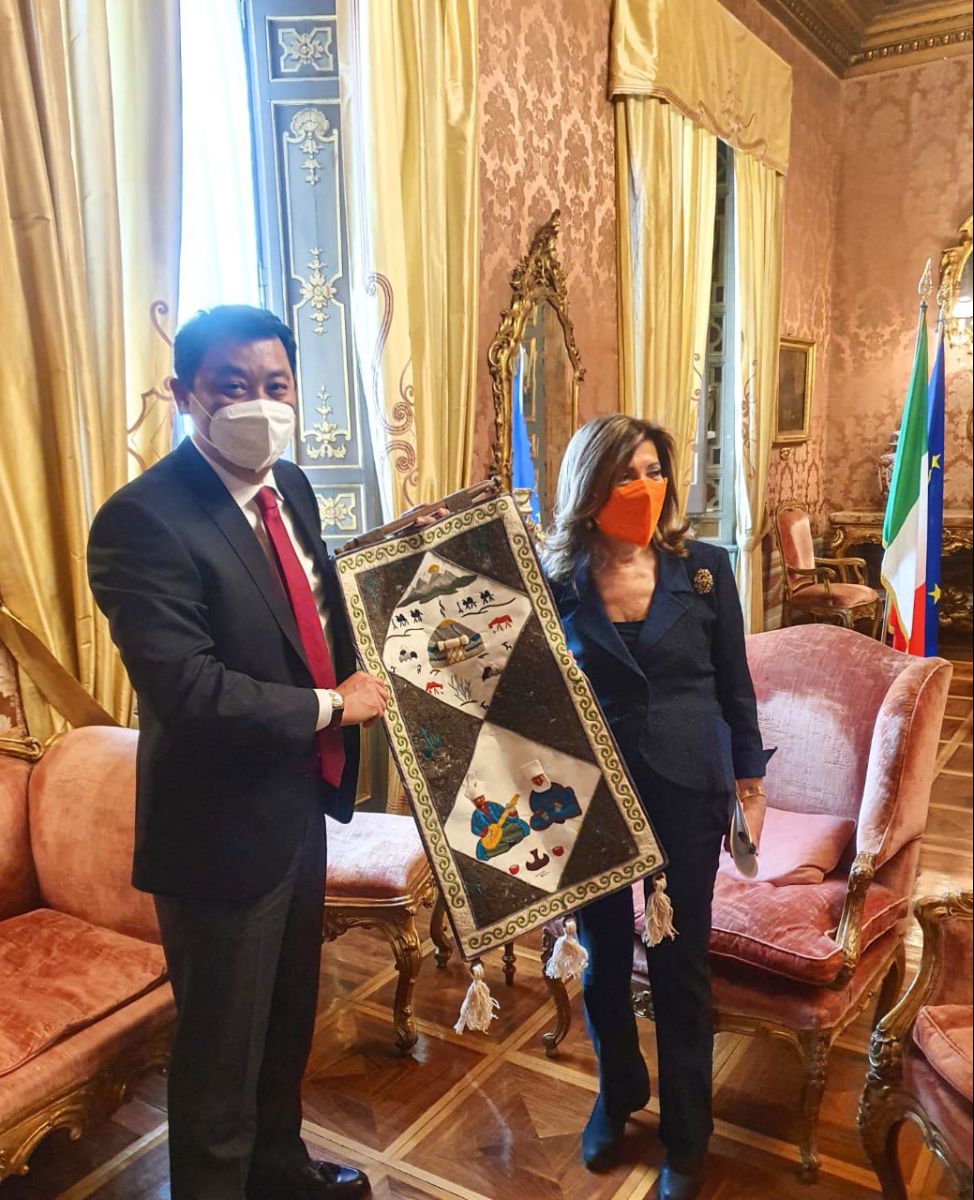 On May 10, 2022, the Ambassador Extraordinary and Plenipotentiary of the Kyrgyz Republic to Republic of Italy Taalai Bazarbaev met with the President of the Italian Senate Maria Elisabetta Alberti-Casellati.

For reference: The Italian Parliament is a bicameral legislature, which includes 945 elected parliamentarians. The structure of the Parliament consists of the Chamber of Deputies (630 deputies) and the Senate - includes 315 senators. Formally, both chambers are equal in their status.

The competence of the Senate includes declaring a state of war and vesting the Government with the necessary powers, ratifying international treaties.

Ambassador T. Bazarbaev informed in detail about the important political transformations in Kyrgyzstan, drawing attention to the holding of early presidential and local elections, the adoption of a new Constitution and the introduction of a new form of government. The Ambassador also reported on the results of the parliamentary elections of deputies, noting a positive assessment from international observers, including deputies of the Italian Parliament as part of the missions of the Council of Europe and the OSCE.

The parties noted with satisfaction the intensification of Kyrgyz-Italian bilateral relations after the opening of the Embassy of Kyrgyzstan in Italy in 2020. At the same time, taking into account the significant role of inter-parliamentary cooperation in the development of bilateral cooperation, the parties confirmed their intention to exchange visits between the parliamentarians of the two countries. In particular, an agreement was reached on the need to intensify cooperation between the relevant committees of the parliaments of Kyrgyzstan and Italy through meetings and exchange visits, as well as the formation of friendship groups in the Parliaments of both countries.

Ambassador T. Bazarbaev noted the importance of organizing visits at the highest and high levels, developing trade, economic, cultural and humanitarian ties, as well as holding joint events in honor of the celebration of the 30th anniversary of the establishment of diplomatic relations between the Kyrgyz Republic and the Italian Republic.