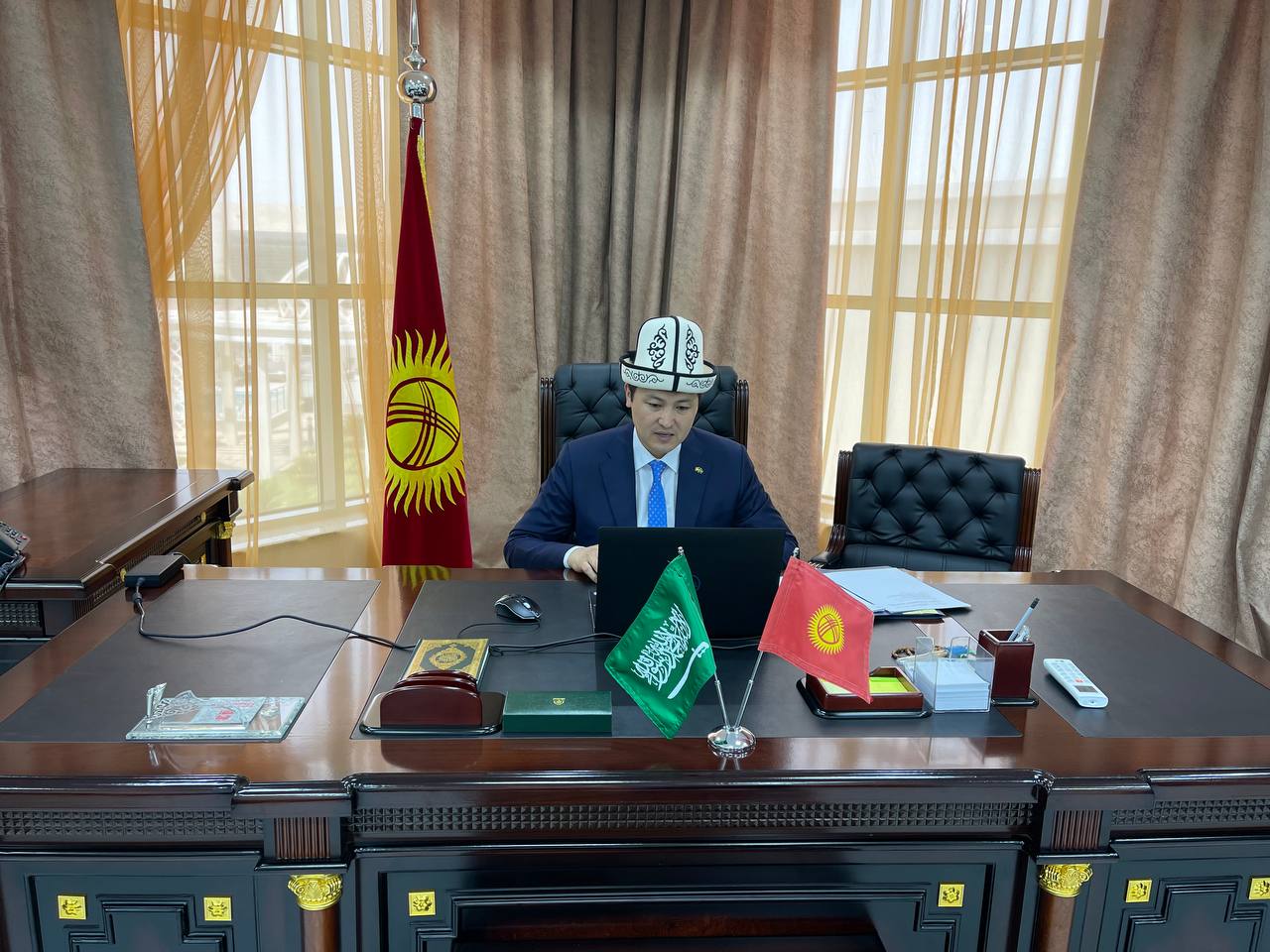 On May 8, 2022, the Ambassador Extraordinary and Plenipotentiary of the Kyrgyz Republic to the Kingdom of Saudi Arabia Ulukbek Maripov met with the Chairman of the Tenth Committee of the Majlis Ash-Shura (Parliament) of the Kingdom of Saudi Arabia, the Head of the Saudi-Kyrgyz Parliamentary Friendship Group Ali bin Muhammad bin Yahya Al-Asiri, as well as members of this Committee.

During the meeting, the parties noted with satisfaction that 2022 marks the 30th Anniversary of the establishment of diplomatic relations between the Kyrgyz Republic and the Kingdom of Saudi Arabia and discussed the current state of bilateral cooperation, as well as current areas of Kyrgyz-Saudi relations and inter-parliamentary relations.

The parties paid special attention to issues of trade, economic and investment cooperation, organization of highest and high level visits, development of bilateral tourism and business contacts, holding mutual trade fairs and exhibitions, the importance of opening direct flights between the two countries.

Ali bin Muhammad Al-Asiri stressed that the leadership of the Kingdom and the Parliament of Saudi Arabia attach great importance to the development and strengthening of friendly relations and diverse cooperation with the Kyrgyz Republic.

Ambassador U.Maripov welcomed the forthcoming visit of the Head of the Saudi-Kyrgyz Parliamentary friendship group Ali bin Muhammad Al-Asiri at the head of the Saudi Parliamentary delegation to the Kyrgyz Republic in the third decade of May 2022 and discussed the organizational and substantive issues of this visit.

Following the meeting, the parties agreed to maintain direct contacts on a regular basis.

For reference: The Tenth Committee of the Majlis Ash-Shura (Parliament) of the KSA consists of 13 members. The cooperation activities within the framework of inter-parliamentary friendship include the following states: UAE, Bahrain, Kuwait, Oman, Qatar, Yemen, China, Republic of Korea, Mongolia, Kyrgyzstan, Kazakhstan, Tajikistan, Turkmenistan and Uzbekistan.