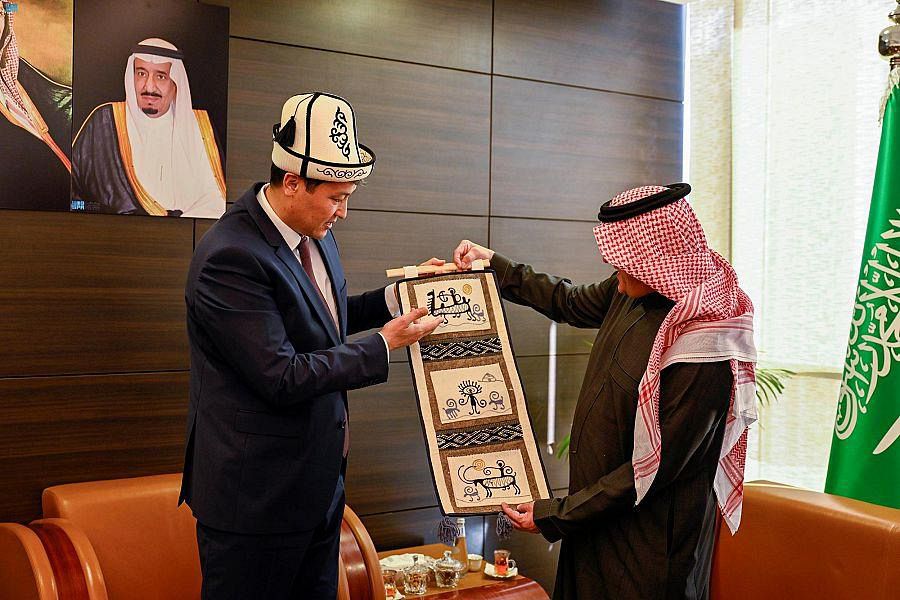 On January 19, 2023, the Ambassador Extraordinary and Plenipotentiary of the Kyrgyz Republic to the Kingdom of Saudi Arabia Ulukbek Maripov met with the Head of the Saudi Press Agency Dr. Fahd bin Hassan Al-Agran.

During the meeting, the parties considered issues in the field of media, as well as prospects for the development of joint media and information cooperation between the official news agencies of the Kyrgyz Republic and Saudi Arabia, including the exchange of experience.

Ambassador U.Maripov and Dr. Al-Agran paid special attention to the issues of interaction between information agencies to promote the tourism potential of the two countries and expand cultural ties.

Following the meeting, the parties agreed to maintain constant contacts, as well as organize preparatory activities for the signing of the Memorandum of Understanding between the “Kabar” News Agency and the Saudi Press Agency on cooperation and exchange of news, during the planned high-level visit.