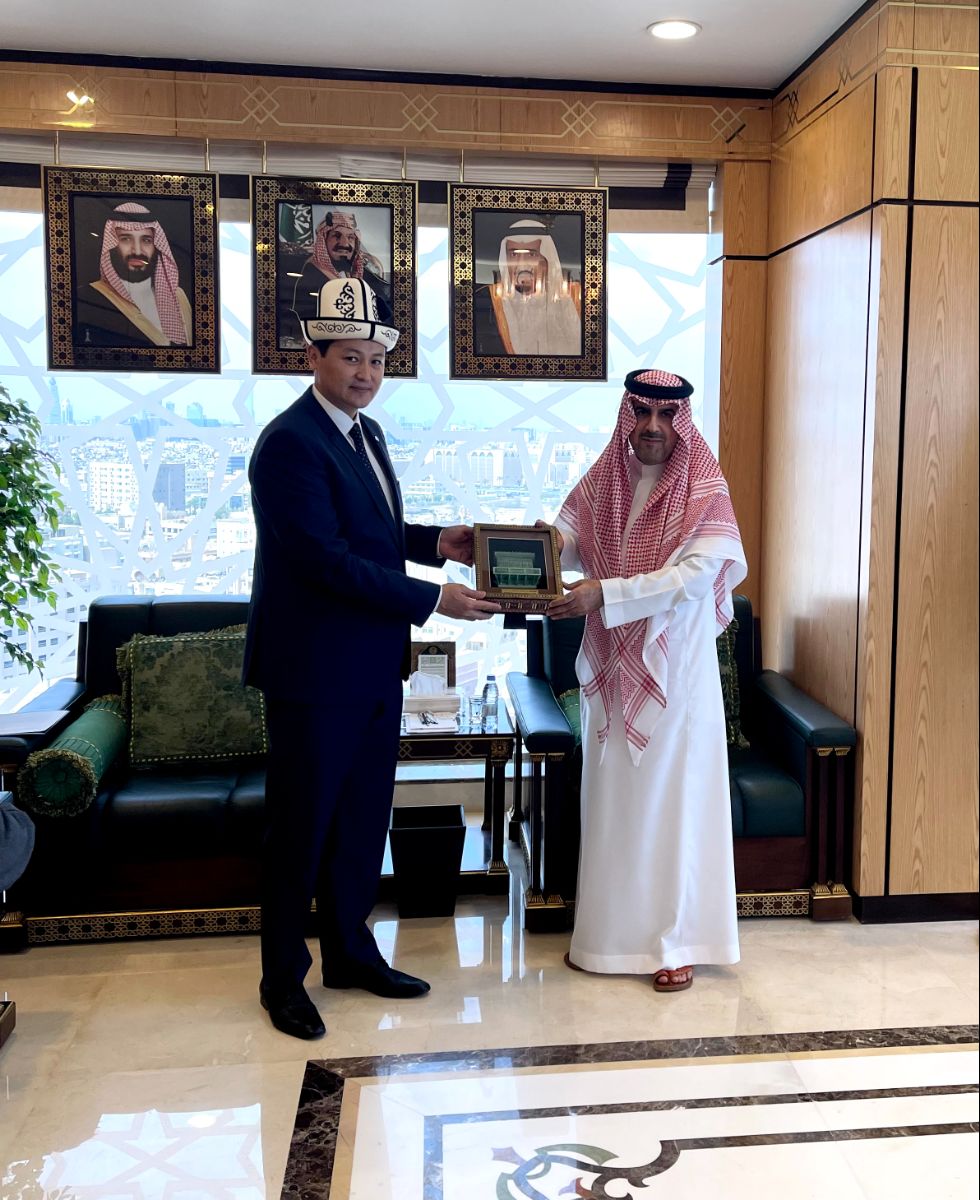 On November 17, 2022, the Ambassador Extraordinary and Plenipotentiary of the Kyrgyz Republic to the Kingdom of Saudi Arabia U.Maripov met with the President of the General Court of Audit Dr.Hussam bin Abdulmuhsin Al-Angari, during which the parties discussed the prospects for cooperation between the Supreme Audit Institutions (SAI) of Kyrgyzstan and Saudi Arabia.

Ambassador U.Maripov congratulated the Saudi Side on obtaining the status of Chairman of the Regional Organization of INTOSAI in the Arab Countries (ARABOSAI) and expressed hope that the new status would contribute to sustainable development and capacity building of Supreme Audit Institutions.

At the same time, noting with satisfaction the established ties and close interaction between the Supreme Audit Institutions, he said that the Kyrgyz side intends to expand cooperation in this spirit, contribute to increasing the openness and efficiency of the work of SAIs, and is also interested in exchanging experience in conducting performance audits.

Ambassador U.Maripov also thanked President of the General Court of Audit of the Kingdom of Saudi Arabia for their support in equipping and strengthening the material and technical base of the Supreme Audit Institution of the Kyrgyz Republic.

In turn, Dr.Hussam bin Abdulmuhsin Al-Angari congratulated the Ambassador U.Maripov on his appointment to a new high position and wished him success in achieving the goals set by the country's leadership for the benefit of the peoples of the two fraternal countries.

At the same time, he expressed the interest of the General Court of Audit of the Kingdom of Saudi Arabia to continue fruitful cooperation with his counterparts, as well as his readiness to continue to provide the necessary assistance. He announced his intention to visit the Kyrgyz Republic next year to get acquainted with the country and search for new areas of cooperation.

At the end of the meeting, in order to develop the potential of state audit and exchange professional experience, the parties agreed to work together to prepare and sign an Agreement on cooperation between the supreme state audit bodies of the Kyrgyz Republic and Saudi Arabia during high-level visits.