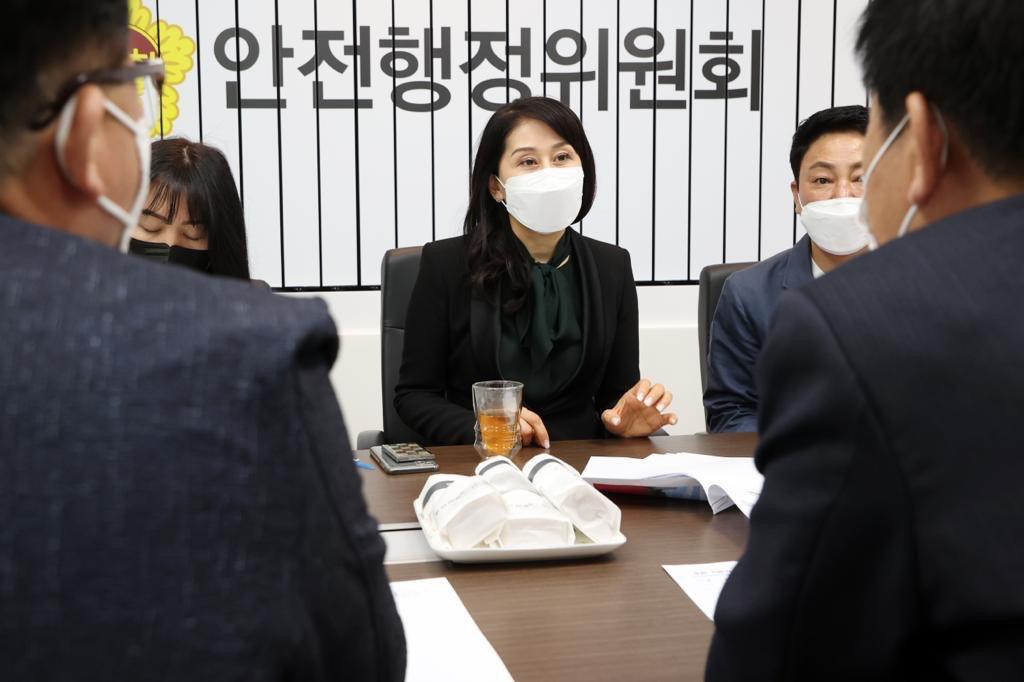 Ambassador Extraordinary and Plenipotentiary of the Kyrgyz Republic to the Republic of Korea Aida Ismailova met with a delegation headed by the Chairman of the Committee for Security and Public Administration of the Gyeonggido Assembly Mr. Kim Pan Soo.

During the meeting, the parties discussed a wide range of issues, including current areas of bilateral cooperation in the socio-economic, cultural and humanitarian spheres, as well as establishing and strengthening contacts between the regions of the two countries.

In addition, Ambassador A.Ismailova discussed the provision of rescue equipment in the form of fire trucks and ambulances, as well as the involvement of the Kyrgyz Republic citizens for seasonal agricultural work in Gyeonggido Province. Ambassador A. Ismailova noted the great labor potential of the Kyrgyz Republic citizens and offered to accept citizens under the EPS system and for seasonal work. Following the meeting, the parties agreed to continue dialogue and cooperation.