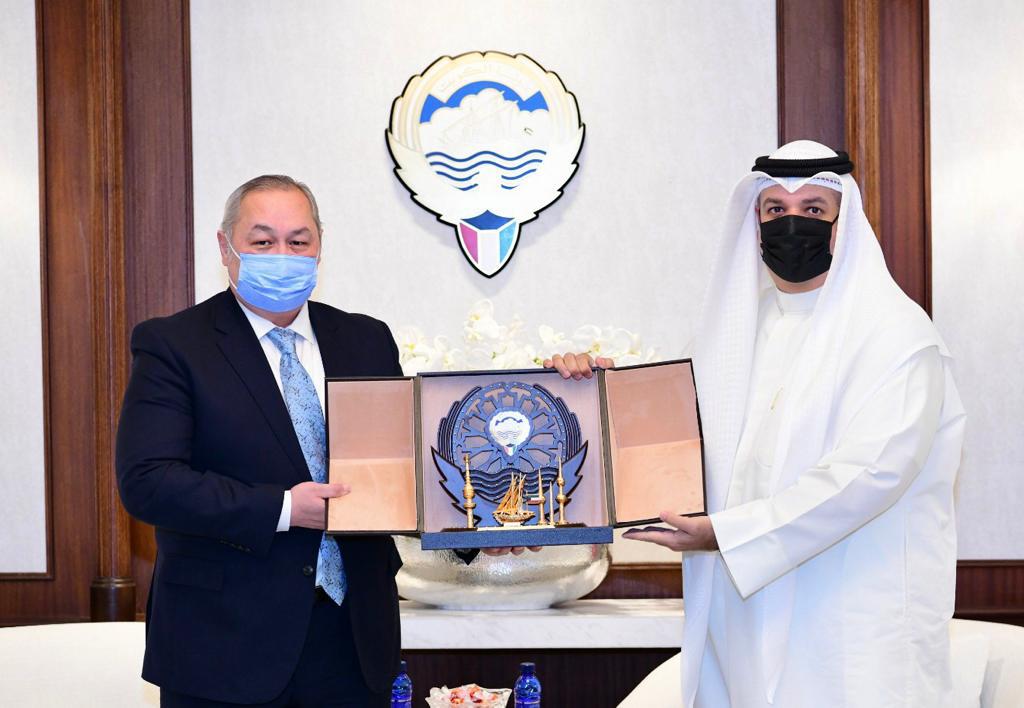 On October 11, 2021, the Ambassador Extraordinary and Plenipotentiary of the Kyrgyz Republic to the State of Kuwait, Azamat Karagulov, held a meeting with the Head of the Kuwaiti Governorate of Al-Farwaniya, Sheikh Mishal Jaber Al Sabah, the largest in terms of population and an important administrative unit of the country.

During the conversation, Sheikh Mishal Al Sabah noted that this year Kyrgyzstan has become a new tourist trend for Kuwaiti citizens, who speak with great enthusiasm about its nature, traditions, culture and diverse cuisine of the people.

In this regard, Ambassador A. Karagulov invited Governor Mishal Al Sabah to visit Bishkek, and also called for assistance in attracting private investment in the tourism and food sectors of the country in order to form the most preferred segments of tourism in Kyrgyzstan for Kuwaiti and Arab tourists.

Along with this, the parties exchanged views on the further development of trade, tourism and relations between private structures of the two countries, noting the favorable opportunities for Kyrgyz and Kuwaiti citizens in the context of the opening of direct flights between Kuwait and the cities of Bishkek and Osh.