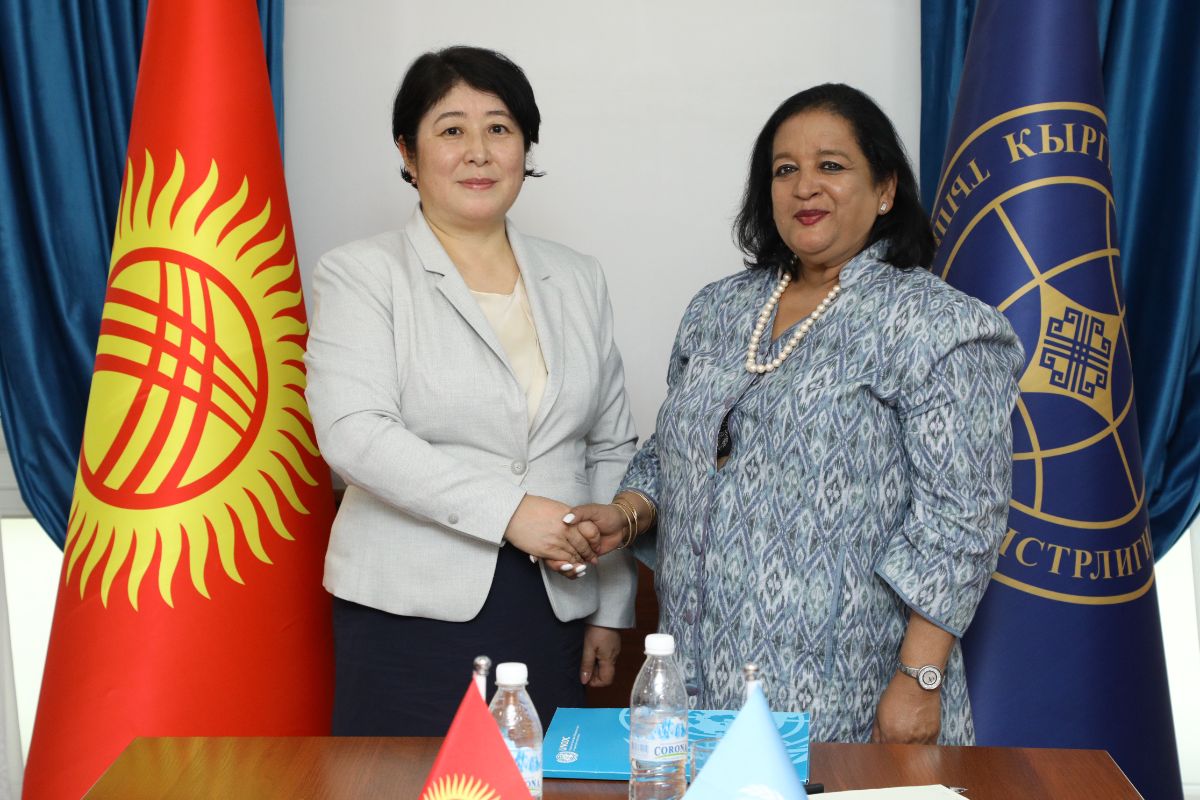 On June 23, 2022, a meeting was held between the Deputy Minister of Foreign Affairs of the Kyrgyz Republic Ms. Dinara Kemelova and the Regional Representative of the United Nations Office on Drugs and Crime (UNODC) in Central Asia Ms. Ashita Mittal.

During the meeting, the parties discussed in detail the main priority areas of cooperation in order to combat transnational organized crime, terrorism, extremism, drug trafficking and corruption.

At the end of the meeting, the parties agreed on the need to hold a Regional Conference in Bishkek in November 2022 on the expanded use of unmanned aerial systems, which will be used to monitor and analyze the areas where illicit cultivation of narcotic plants grows, as well as for the development of agriculture.