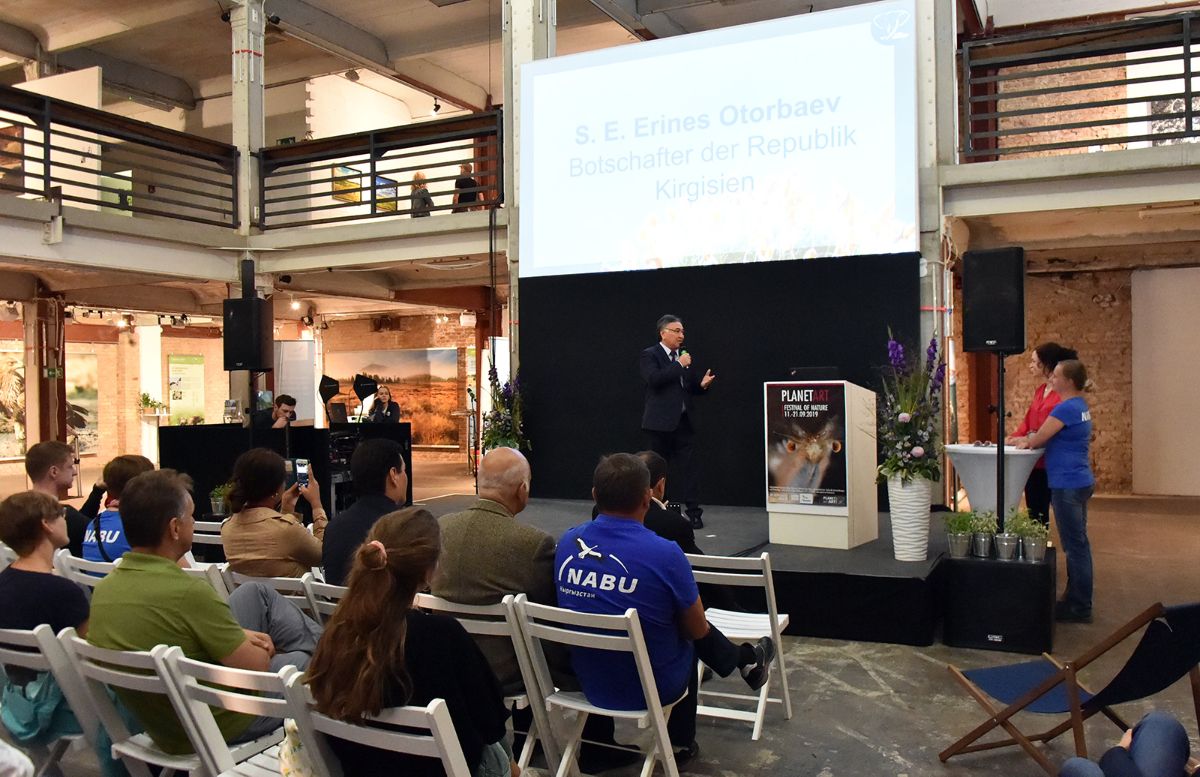 Within the framework of the festival, events dedicated to Central Asia were held. A wide program on the topics of the economic and environmental situation in Central Asia was presented to the German public, including films, reports, readings and exhibitions on the Great Silk Road. Scientists made speeches about the NABU project on snow leopard protection being implemented in Kyrgyzstan and other projects in the neighboring countries of Central Asia.

During the event, a well-known writer and aitmatologist Irmtraud Gutschke made a report. Noting the special role and outstanding contribution of the Hero of the Kyrgyz Republic, People's Writer of the Kyrgyz Republic Chyngyz Aitmatov to world literature, Irmtraud Gutschke shared her memories of the writer’s genre on the topic of protecting the snow leopard in the area of ​​Central Asia.

The festival was attended by over 40 art historians from around the world who presented their works on pressing environmental topics, including an artist from Kyrgyzstan, Shaarbek Amankul.

This festival, entitled «Man and Nature», organized in conjunction with the «Planet of the Arts - World of NABU» exhibition center, was held at the «Kühlhaus Berlin» cultural center, with a total area of ​​3000 square meters.