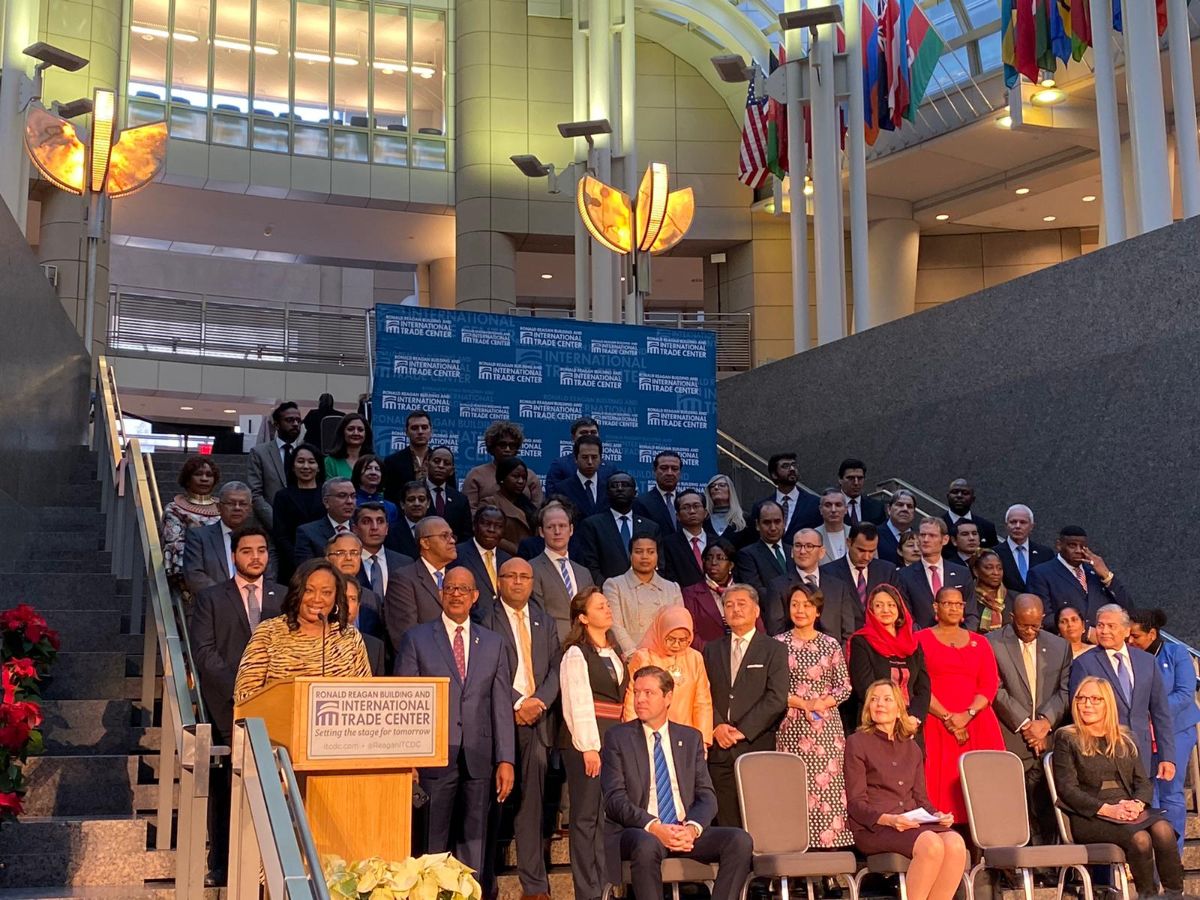 On December 5, 2019, the Embassy of the Kyrgyz Republic to the United States took part in the eighth annual Winternational Embassy Showcase festival with the participation of embassies and international organizations accredited in Washington.

The organizer of the annual festival is the Ronald Reagan International Trade Center with the support of the Washington City Hall, as well as a number of public organizations.

Welcoming remarks at the opening ceremony of the festival were made by Vice President of the International Trade Center named after R. Reagan E. Jelfuso, Assistant Secretary of State for Education and Cultural Relations M. Royce, a representative of the Washington City Hall and organizing leaders of public organizations.

During the event, the Embassy of the Kyrgyz Republic to the USA demonstrated to the event participants the products of leading Kyrgyz masters of traditional applied art, samples of food products, traditional clothes, brochures and booklets about tourism and investment potential of the Kyrgyz Republic. This year, the event brought together more than 6,000 visitors who were able to discover Kyrgyz cultural and culinary traditions, as well as make traditional New Year purchases.