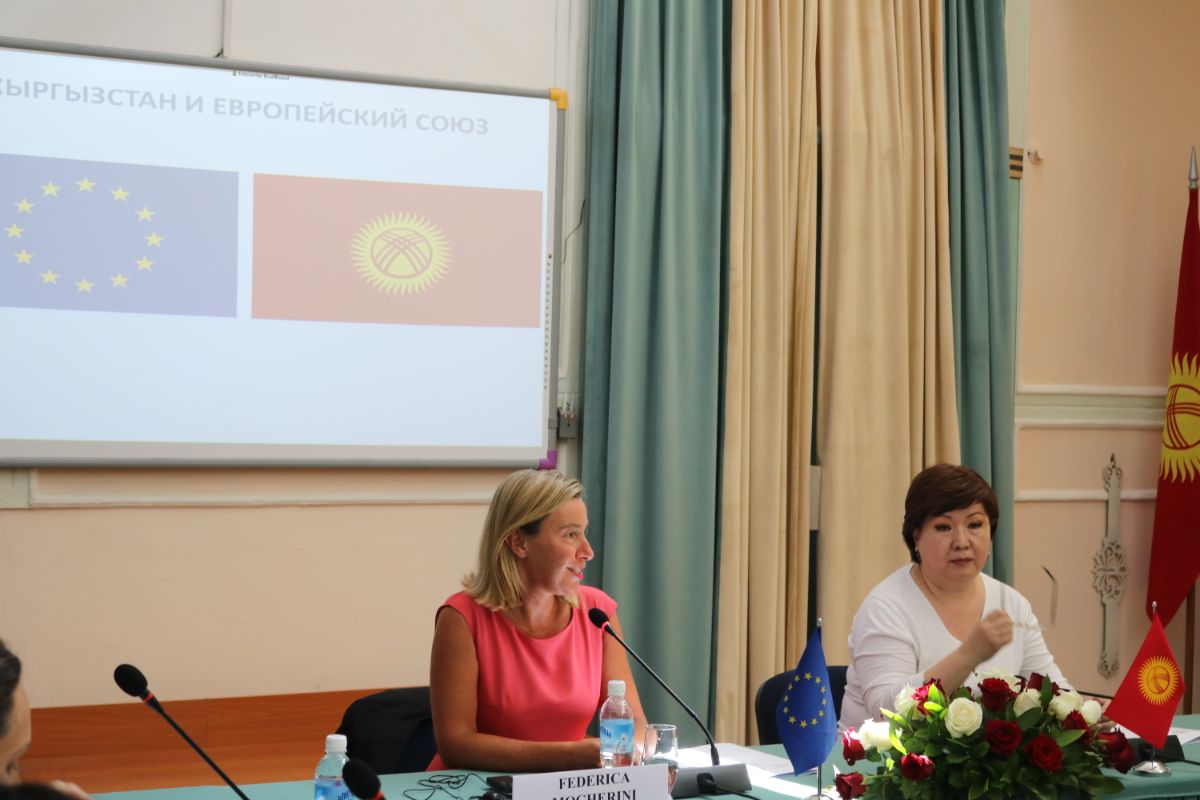 Federica Mogherini thanked the participants for the meeting and provided brief information about main areas of cooperation in the framework of the signed Agreement on Extended Partnership and Cooperation between Kyrgyzstan and the European Union. During the meeting, the participants exchanged views on the importance of women's representation in the Parliament of the Kyrgyz Republic, issues of cooperation in social, educational, cultural and other areas. In addition, issues of promotion of Kyrgyz products in the framework of GSP + were raised. In conclusion, the participants expressed hope for further fruitful cooperation between Kyrgyzstan and the European Union.