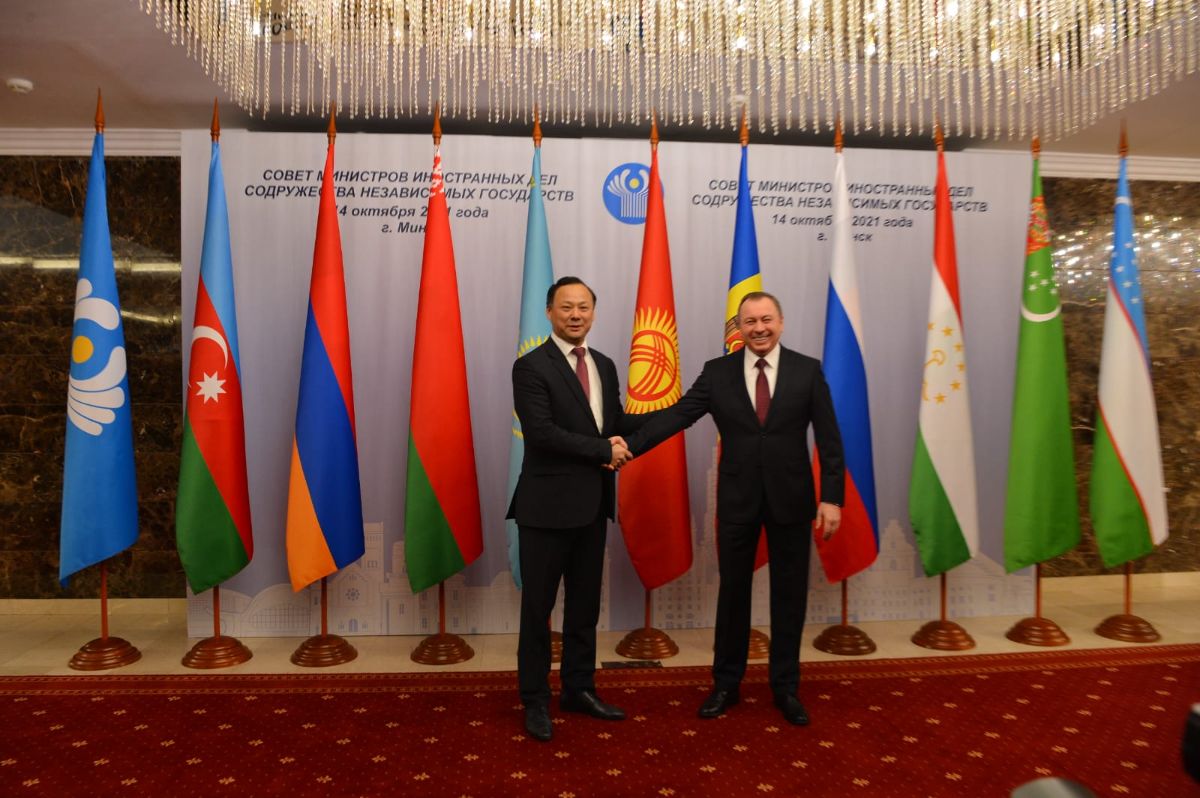 The heads of the foreign policy departments of the CIS member States exchanged views on current international and regional problems, as well as on the further development of cooperation within the Commonwealth in various areas and cooperation between the foreign policy departments of the CIS countries. Special attention is paid to the thirtieth anniversary of the Commonwealth of Independent States, which is being celebrated this year.

In his statement, Minister R.Kazakbaev noted that during the 30-year period the Commonwealth had left a significant mark in the development of the social, economic, cultural and humanitarian life of its member States and maintained constructive multilateral engagement in all priority areas.

R.Kazakbaev emphasized that the goals and principles laid down in the founding documents of the Commonwealth, in particular the Agreement on the Establishment of the CIS of December 8, 1991 and the Alma-Ata Declaration of December 21, 1991, remain relevant today. In particular, this concerns the principles of the territorial integrity of states and the inviolability of state borders.

In addition, Minister R.Kazakbaev made a number of proposals for cooperation within the CIS, as well as initiatives put forward by the Kyrgyz Republic within the UN and UNESCO.

The Minister confirmed the interest of the Kyrgyz Republic in further intensifying joint efforts to diversify the economy, promote mutual trade and harmonize the norms and standards of the Commonwealth of Independent States and the Eurasian Economic Union, removing barriers to the movement of goods and services, as well as creating equal conditions for the economic activities of Commonwealth economic entities.

In particular, the draft declarations of the heads of State on the occasion of the thirtieth anniversary of the Commonwealth, cooperation in the field of biological safety, migration, the protection of the electoral rights of citizens and guarantees of the electoral sovereignty of the CIS member States, the Agreement on the Establishment of the Council of Chairmen of the Supreme (Higher) Courts of the CIS member States, and a number of documents aimed at developing cultural and humanitarian cooperation within the framework of the Commonwealth.

In addition, a Joint Statement was adopted by the Ministers for Foreign Affairs of the CIS countries on strengthening the Biological and Toxin Weapons Convention, and the decision on the basic organization of the CIS member States to study the problems of counteracting terrorism and other manifestations of extremism.