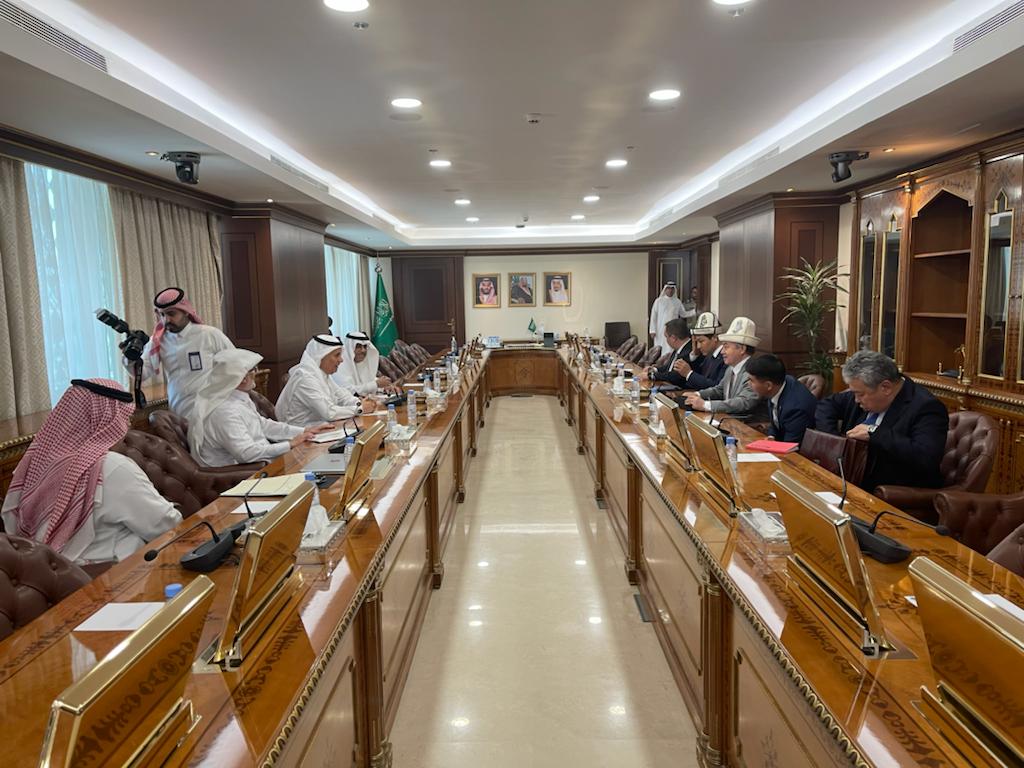 On June 20, 2022, in Riyadh, as part of an official visit to the Kingdom of Saudi Arabia, the Minister of Foreign Affairs of the Kyrgyz Republic, Zheenbek Kulubaev, met with the Minister of Environment, Water Resources and Agriculture of the KSA Abdulrahman bin Abdulmohsen Al-Fadli, who is also the co-chairman of the Kyrgyz-Saudi Intergovernmental Commission on Trade and Economic Cooperation from the Saudi side.

The sides noted with satisfaction the high dynamics of bilateral cooperation and outlined further steps to deepen it in all areas of interaction.

Special attention was paid to the holding this year of a regular meeting of the joint Intergovernmental commission and various events aimed at developing trade relations between the two countries and improving the investment climate in the Kyrgyz Republic.

Minister Zh. Kulubaev noted the interest of the Kyrgyz side in increasing the export of domestic products to the KSA, focusing on the need to open direct regular flights between the two countries soon.

The sides also exchanged views on important aspects of the international agenda, including issues of food security and humanitarian crisis.