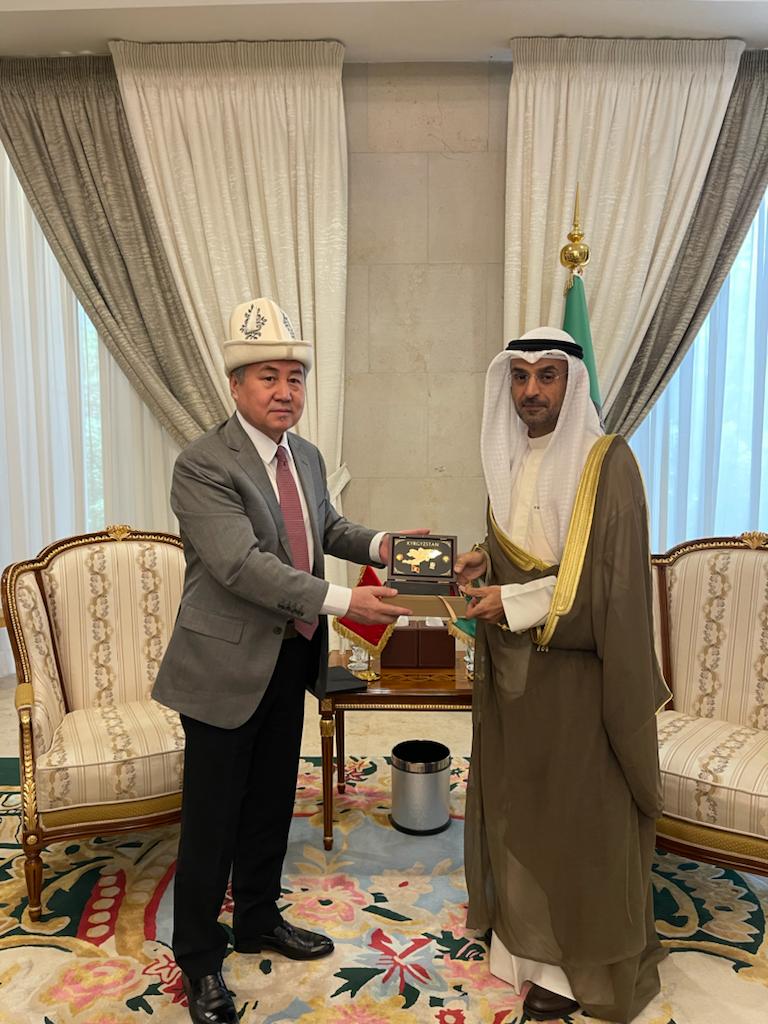 On June 20, 2022, in the framework of the official visit  to the Kingdom of Saudi Arabia, the Minister of Foreign Affairs of the Kyrgyz Republic, Zheenbek Kulubaev, met with the Secretary General of the Cooperation Council for the Arab States of the Gulf (GCC), Dr. Naif Falah Mubarak Al-Hajraf, with whom he discussed the prospects for mutually beneficial cooperation and the most important aspects of the international and regional agenda.

The parties confirmed their readiness to develop contacts between the Ministry of Foreign Affairs of the Kyrgyz Republic and the GCC by holding regular political consultations and establishing an interregional dialogue in order to exchange information and resolve topical issues.

Minister Zh.Kulubaev noted the interest of the Kyrgyz side in expanding political, trade, economic, investment, cultural and humanitarian cooperation between the Kyrgyz Republic and the GCC member states.

The parties also agreed to continue coordinated work to promote the issues discussed at the meeting, including the organization of mutual visits.

For reference: The Cooperation Council of the Arab States of the Gulf was established on May 25, 1981 and unites six states – the KSA, the UAE, Qatar, Kuwait, Oman and Bahrain.