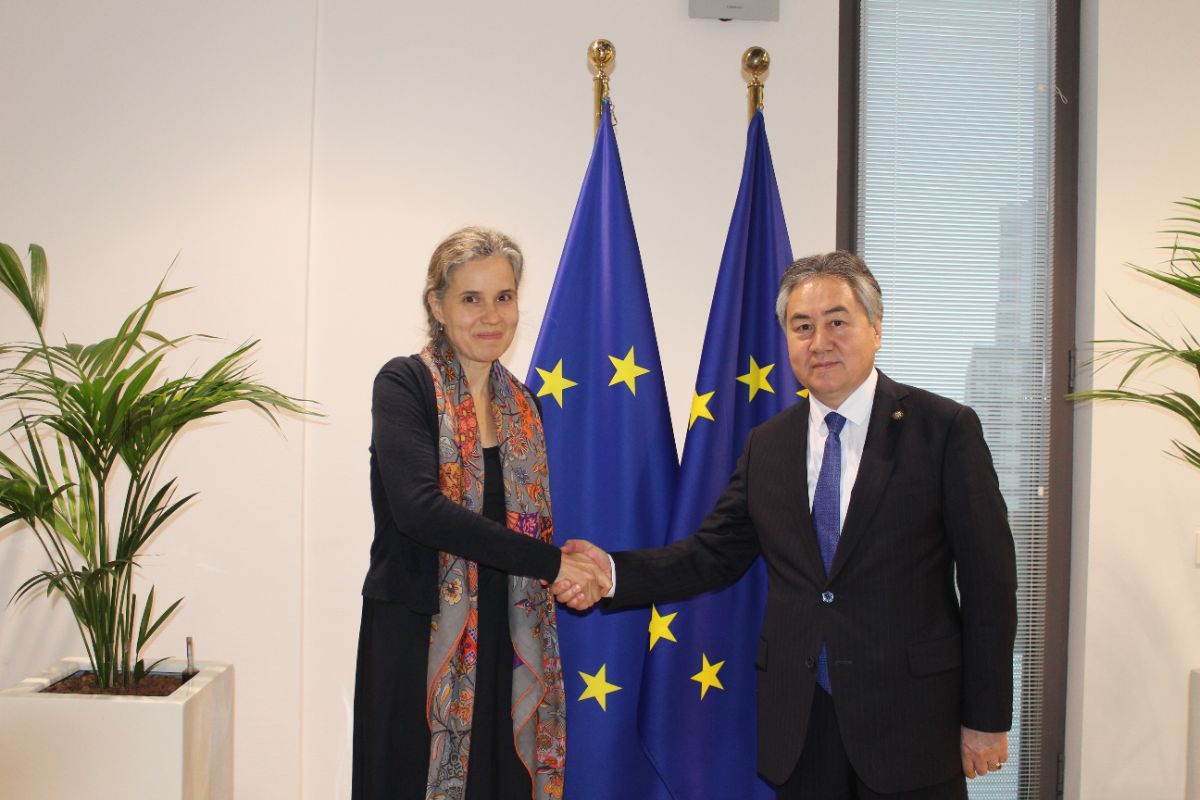 On November 15, 2022, the Minister of Foreign Affairs of the Kyrgyz Republic Zheenbek Kulubaev met on Tuesday, 15 November 2022, with Senior Foreign Policy Adviser to the President of the European Council Magdalena Grono in Brussels.

During the meeting, they considered topical issues of multifaceted cooperation, including plans for organizing visits and events of a bilateral and interregional nature.

The parties touched upon the results of the first meeting of the heads of state of Central Asia and the President of the European Council and stressed the importance of maintaining contacts at the highest level to promote mutually beneficial cooperation in the field of digitalization, green economy and trade.

In addition, a thorough exchange of views took place on issues of regional security, including the situation in the border areas, as well as in Afghanistan.