А – А А +
Обычная версия
Скрыть
Main site / Press-service / Новости / The Minister of Foreign Affairs of the Kyrgyz Republic Zheenbek Kulubaev met with the Deputy Chairman of the Chamber of Commerce and Industry of the Kingdom of Bahrain Mr. Mohammed Abdulzhabbar Alkuheiji 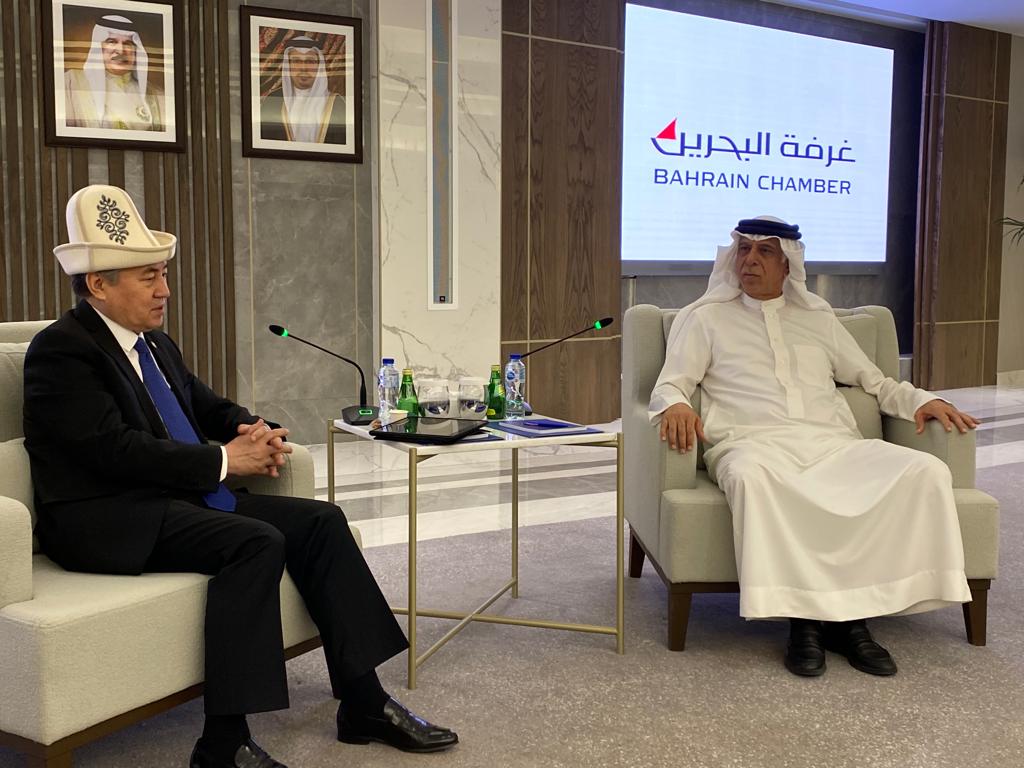 On June 21, 2022, in the city of Manama, in the framework of his official visit to the Kingdom of Bahrain, the Minister of Foreign Affairs of the Kyrgyz Republic, Mr. Zheenbek Kulubaev, held a meeting with the Deputy Chairman of the Chamber of Commerce and Industry of the Kingdom of Bahrain, Mr. Mohammed Abdulzhabbar Alkuheiji, which was attended by members of the Board of Directors and the Chief Executive Officer of the Bahrain Chamber of Commerce and Industry.

During the conversation, a thorough exchange of views took place on various issues related to trade, economic and investment cooperation between the countries. In particular, the parties discussed the possibilities of joint work in the field of subsoil use, energy, agriculture, tourism and export of domestic products to Bahrain.

Minister Zh. Kulubaev, in turn, proposed to create a Kyrgyz-Bahraini business council in order to establish contacts between the business circles of the two countries and organize various kinds of events. The Bahraini side supported this initiative, and the parties agreed to continue working in this direction. Also, in order to implement the agreements reached, the leadership of the Chamber of Commerce of Bahrain requested assistance in establishing contacts with the Chamber of Commerce of the Kyrgyz Republic and the National Investment Agency under the President of the Kyrgyz Republic.

In conclusion, the parties confirmed their interest in strengthening trade and economic ties, bringing the business circles of the two countries closer and revealing the existing potential and opportunities for mutual cooperation that exists between Kyrgyzstan and Bahrain.