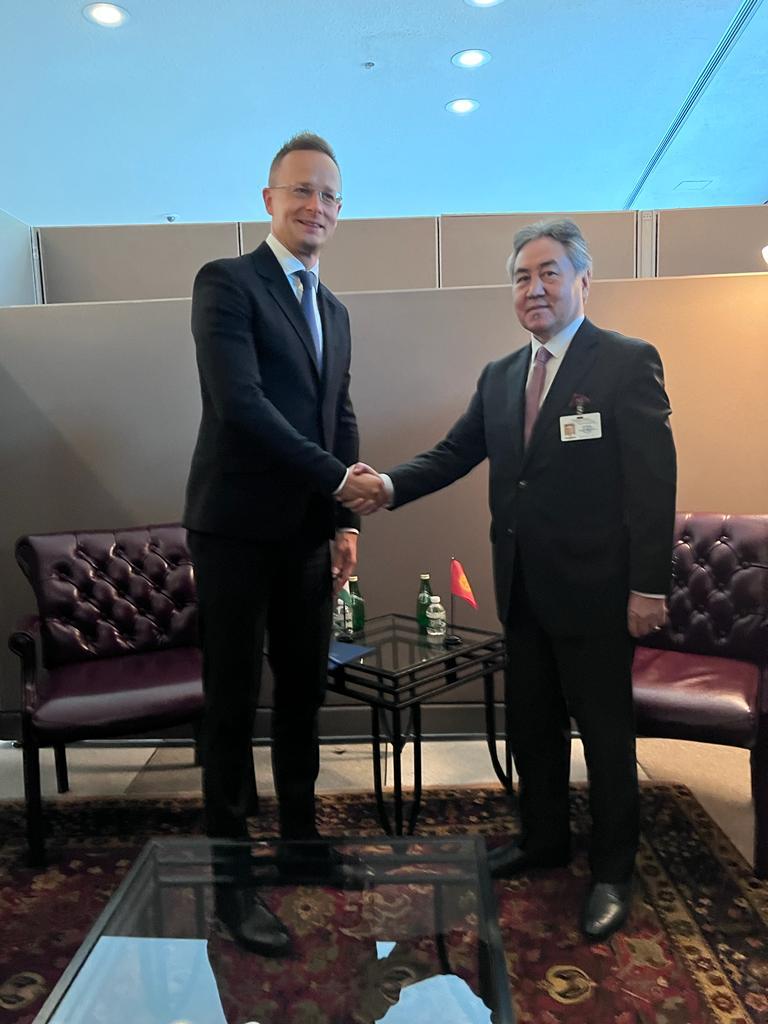 During the meeting, the parties discussed topical issues of bilateral cooperation. In particular, issues of organizing mutual high-level visits in 2022 and further strengthening of interparliamentary cooperation were discussed.

The parties also discussed the issues of cultural and humanitarian cooperation, highly appreciated the Days of Culture of Hungary in the Kyrgyz Republic and Days of Culture of the Kyrgyz Republic in Hungary, which were organized in August this year. Touching upon the issues of further strengthening cooperation in the field of education, Minister Zh.Kulubaev emphasized the increasing interest of the Kyrgyz young people in the educational program Stipendium Hungaricum and expressed gratitude for the scholarship quotas provided by Hungary to Kyrgyzstan.

During the meeting, the Minister of Foreign Affairs of the Kyrgyz Republic Zh.Kulubaev also informed about the situation on the Kyrgyz-Tajik state border, emphasizing the consistent position of the Kyrgyz Republic on the need to resolve disputes between states exclusively through peaceful means, political and diplomatic methods.

The Hungarian Foreign Minister expressed regret over the escalation of the situation in the border areas and informed about the readiness of the Hungarian Government to provide humanitarian assistance to the population of the Batken region of the Kyrgyz Republic.