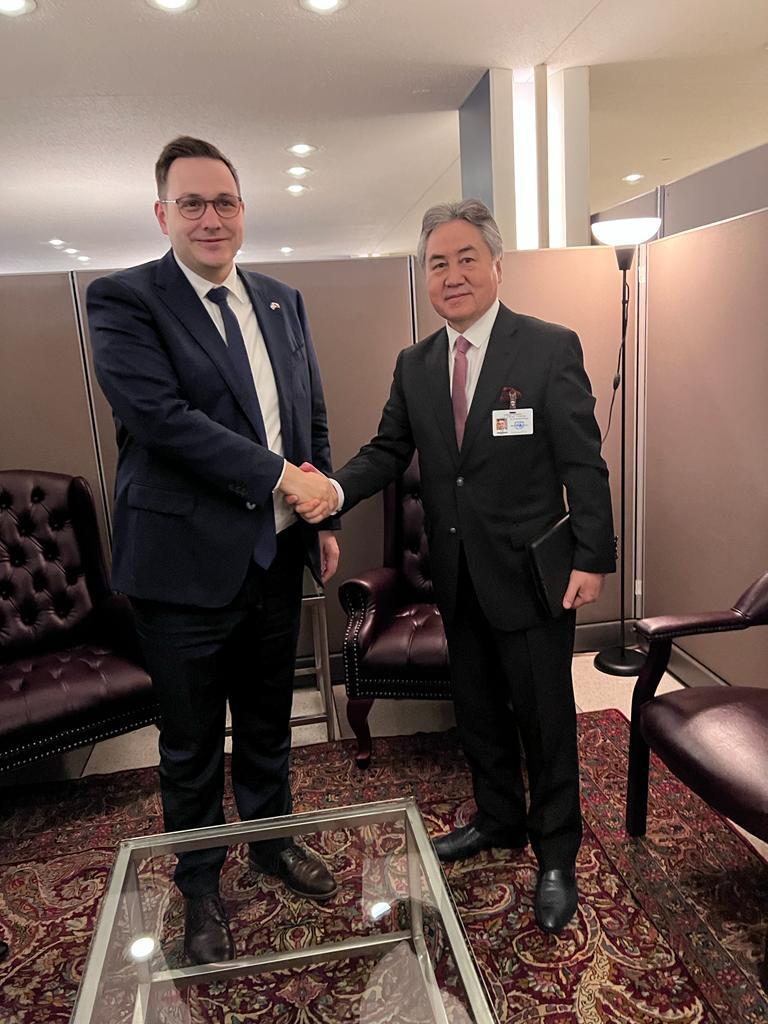 During the meeting the parties discussed topical issues of bilateral cooperation, noted the necessity to intensify political, trade, economic, cultural and humanitarian cooperation. The parties also noted the recent visit of the Deputy Speaker of the Chamber of Deputies of the Parliament of the Czech Republic Jan Bartosek to the Kyrgyz Republic and the need for further development of interparliamentary cooperation between the countries.

Minister of Foreign Affairs of the Kyrgyz Republic Zh.Kulubaev outlined the importance of expanding the legal framework between the Kyrgyz Republic and the Czech Republic. In this regard, Minister Zh.Kulubaev submitted for consideration of the Czech side the draft agreements on cooperation in the field of culture, sports, tourism, education and science, agriculture, health, environmental protection.

The parties also discussed interaction within the framework of international organizations, as well as joint plans to intensify cooperation within the European Union, which is currently chaired by the Czech Republic.

During the meeting the Minister of Foreign Affairs of the Kyrgyz Republic Zh.Kulubaev also informed about the situation on the Kyrgyz-Tajik state border. He noted that the illegal actions of the Tajik side are aggressive and destabilizing and run counter to bilateral and multilateral agreements between the two countries. The Foreign Minister of the Kyrgyz Republic emphasized that the Kyrgyz side adheres to the consistent position on the need to resolve disputes between states exclusively through peaceful means at the negotiating table.