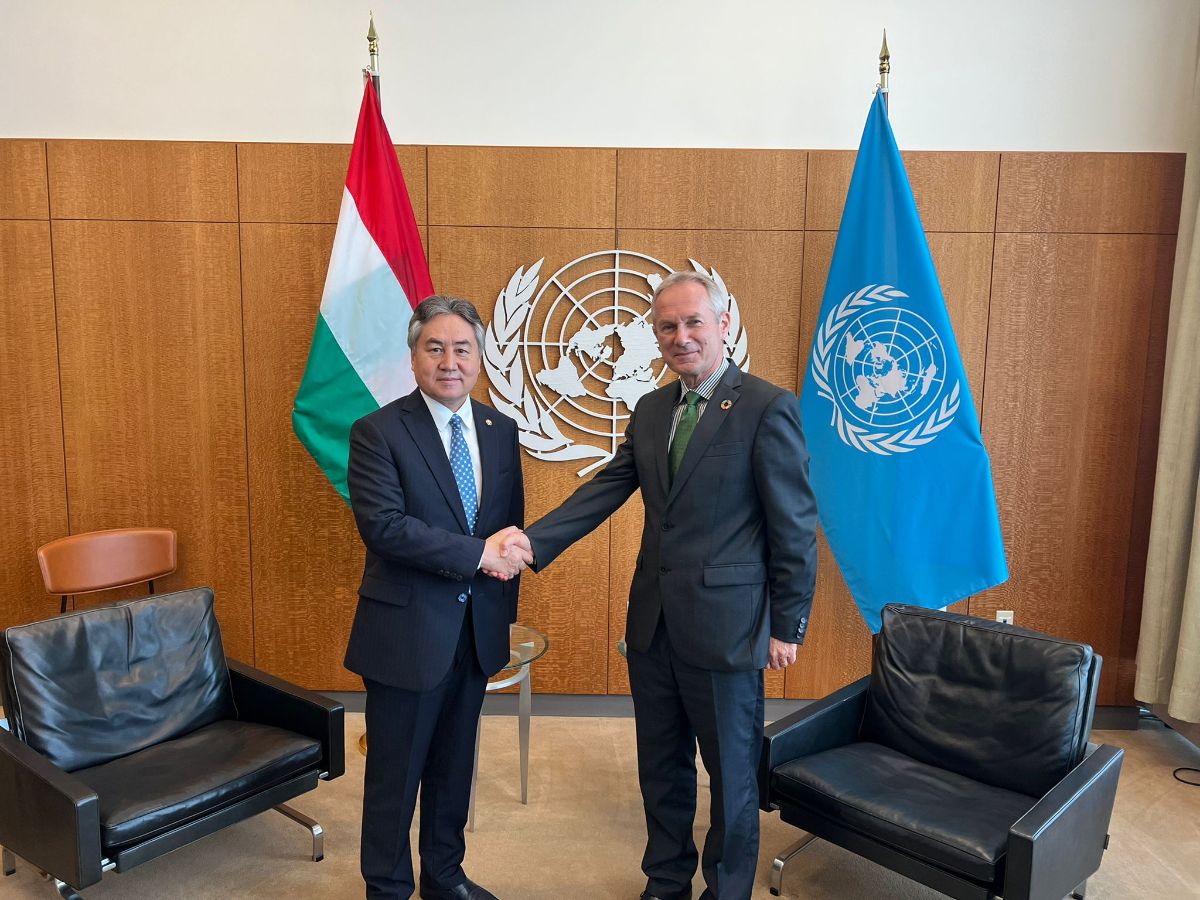 On September 22, 2022 the Minister of Foreign Affairs of the Kyrgyz Republic Zheenbek Kulubaev met with the President of 77th session of UN General Assembly Csaba Kőrösi. During the meeting they discussed the topical issues of Kyrgyzstan’s participation in the work of UN General Assembly.

In particular Zheenbek Kulubaev noted the aspiration of the Kyrgyz Republic to actively engage in the work of UN General Assembly. He informed about the UN resolutions which had been adopted under the Kyrgyzstan’s initiative. He also informed about the intention of Kyrgyzstan to present a resolution on Five-year action plan on the development of mountain regions during the current session of UN General Assembly.

Concerning the strengthening of cooperation with the Central-Asian countries, as one of priorities of Kyrgyzstan’s foreign policy, the Minister of Foreign Affairs of the Kyrgyz Republic underlined that the incompleteness of legal establishment of national borders remain one of the key obstacles for the integration.

In this regard the Minister of Foreign Affairs of Kyrgyzstan informed about the current situation on the Kyrgyz-Tajik border zone in Batken province.

He positively noted the UN Country Team activities which rapidly organized a humanitarian aid for the border zone civilians who had to leave their houses.

In the end of meeting the Minister Zheenbek Kulubaev congratulated the President Csaba Kőrösi on the election to this position and express Kyrgyzstan’s full support to his work.