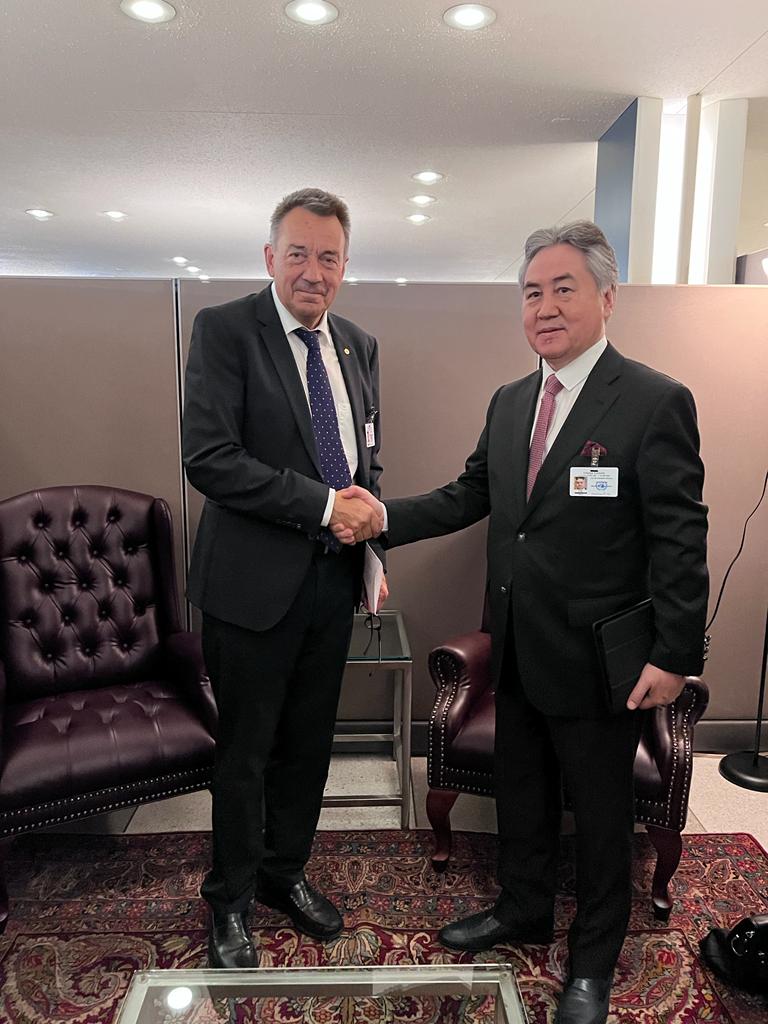 On September 21, 2022, the Minister of Foreign Affairs of the Kyrgyz Republic Zheenbek Kulubaev met with the President of the International Committee of the Red Cross (ICRC) Peter Maurer in the margins of the 77th session of the UN General Assembly.

The Minister informed the President of the ICRC about the situation on the Kyrgyz-Tajik border as a result of the armed aggression of the Republic of Tajikistan during September 14-17 this year.

Minister Zheenbek Kulubaev briefed ICRC’s President about the situation on the Kyrgyz-Tajik border caused by the armed aggression of the Republic of Tajikistan on September 14-17, 2022. Once again Minister emphasized the commitment of the Kyrgyz Republic to de-escalation as well as its constant position about the need for settling any dispute between countries only through political and diplomatic ways.

Zheenbek Kulubaev informed that at present Kyrgyzstan is faced with the primary task of fully restoring the destroyed infrastructure and social facilities, residential buildings, as well as providing assistance to the families of the affected citizens of the Kyrgyz Republic.

In this regard, he expressed gratitude for the timely assistance provided to the country by the ICRC Mission in the Kyrgyz Republic.