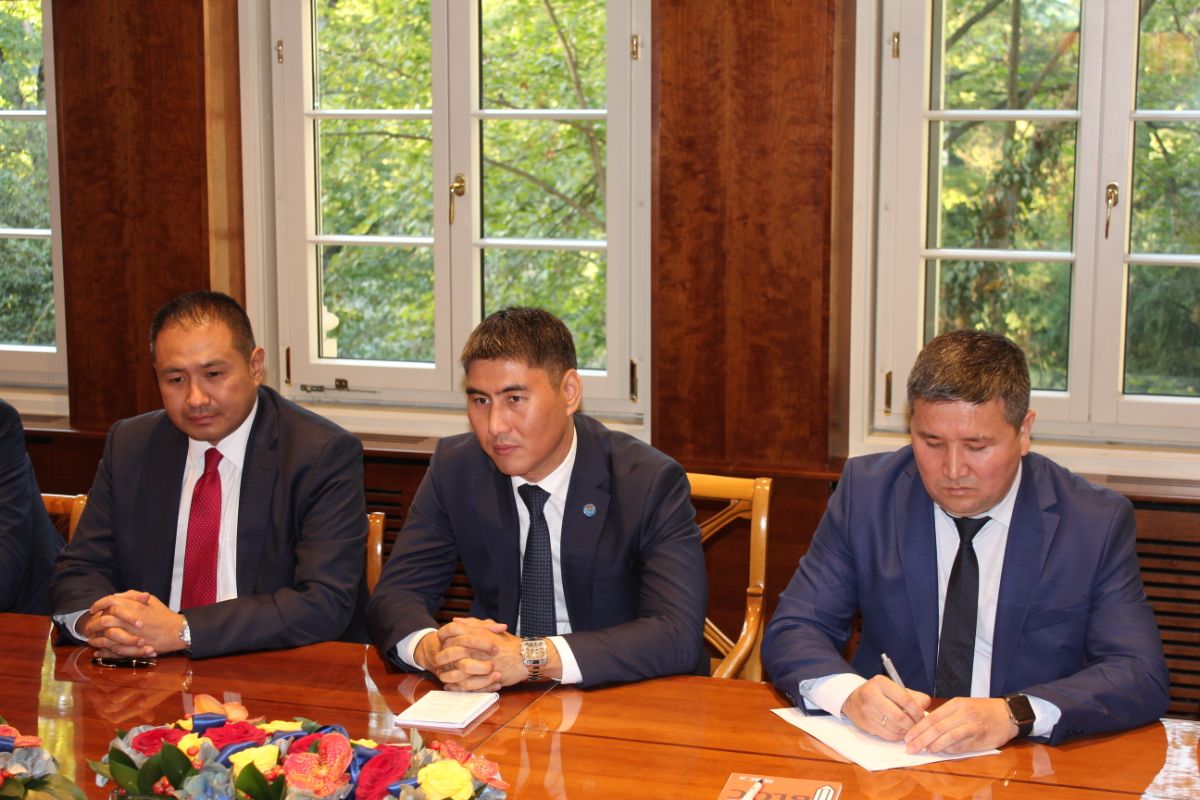 On October 8, 2019, the Minister of Foreign Affairs of the Kyrgyz Republic Mr. Chingiz Aidarbekov held a meeting with the Director General of the World Trade Organization (WTO) Mr. Roberto Azevedo.

During the meeting, the parties discussed the current level of cooperation between Kyrgyzstan and the WTO, as well as prospects for its further development and expansion. The Minister noted that Kyrgyzstan, which became the first among post-Soviet countries to join the WTO in 1998, feels the benefits of membership in this Organization and, as a landlocked and developing country attaches particular importance to this fact. During 21 years of Kyrgyzstan’s WTO membership, the country's trade turnover grew 4.5 times - from $ 1.404 billion to $ 6.672 billion. The Kyrgyz Republic maintains trade and economic relations with more than 130 member countries of the Organization. In the total volume of foreign trade turnover, WTO member countries occupy 93.6%, including 89.1% in exports and 95.2% in imports.

The parties discussed the prospects of Kyrgyzstan's joining to a number of fundamental international documents within the framework of the WTO, as well as the implementation of the WTO conventions and agreements that already came into force with regard to our country.

It was noted that Kyrgyzstan, as a producer and supplier of environmentally friendly and organic products, occupies a special place in global trade and, in this regard, is currently considering the possibility of putting forward an initiative, with a group of interested countries, on the need to develop rules for creating liberal conditions and introduction of mechanisms for promoting mutual trade in organic agricultural products. The Minister also expressed the interest of the Kyrgyz side in continuing cooperation with the WTO Secretariat in conducting national and international trainings and workshops aimed at enhancing the capacity of staff of state bodies and the academic community of Kyrgyzstan, and expressed high gratitude for the regularly provided consultative, technical and educational assistance to the Kyrgyz side by the WTO Secretariat.

The WTO Director General Mr. Roberto Azevedo praised the contribution of Kyrgyzstan to international trade and thanked for the efforts of the country in strengthening it.