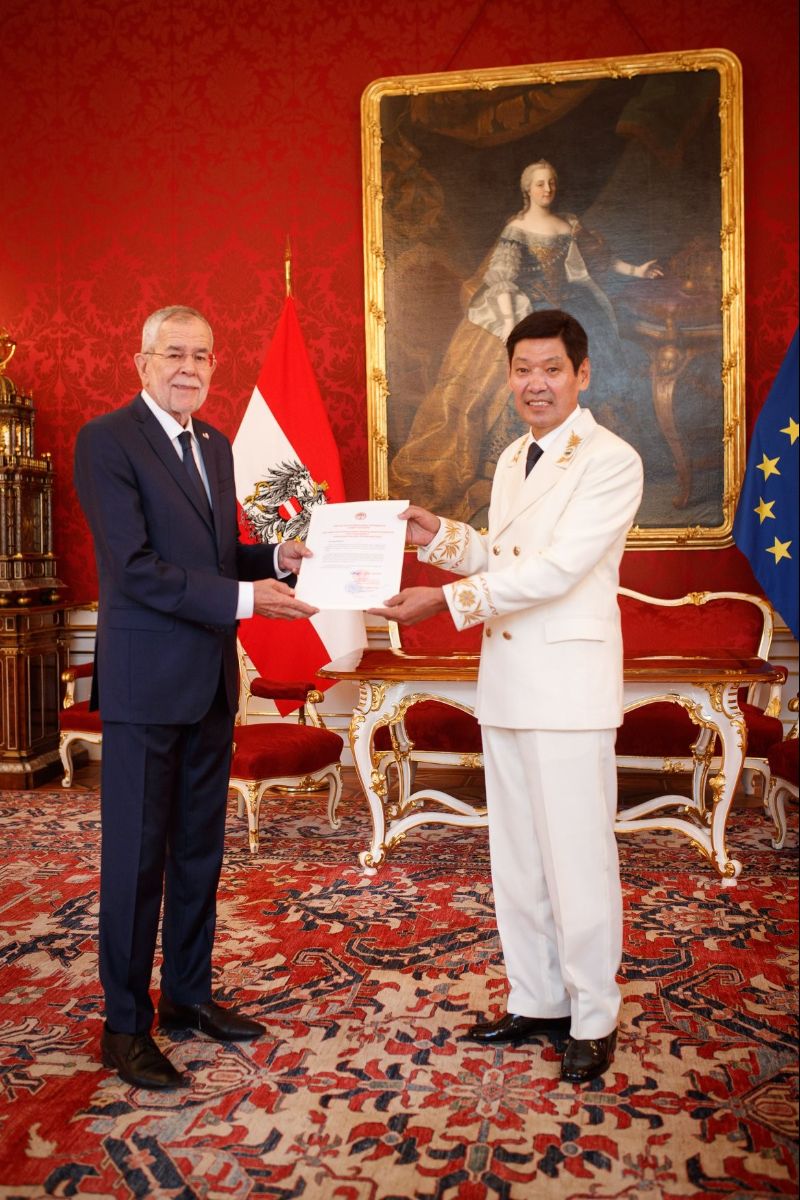 The ceremony of presenting credentials by Ambassador Tolendy Makeev to the Federal President of Austria Alexander Van der Bellen took place on September 13 at the Hofburg Palace.

The parties discussed a number of important issues on the agenda of cooperation between the two countries during the ceremony.

It was noted that Kyrgyzstan and Austria will celebrate the 30th anniversary of the establishment of diplomatic relations in 2022. In this regard, sides agreed that the Embassy of the Kyrgyz Republic in Vienna together with the Federal Ministry for European and International Affairs will work on holding various events in the anniversary year to enhance bilateral cooperation between the Kyrgyz Republic and Austria, in particular, organizing mutual visits at the highest and high levels, holding regular inter-ministerial consultations. The Ambassador stressed that the Kyrgyz side is ready to develop a joint roadmap in all areas of bilateral cooperation.

In response to the interest shown by the President of Austria to the upcoming parliamentary elections on November 28, 2021, informed about the current internal political situation in the country and the work carried out by the relevant bodies to organize a democratic and transparent electoral process.

Discussing the economic aspects of cooperation, the Ambassador said about the importance of the full implementation of the final agreements of the 7th meeting of the Kyrgyz-Austrian Commission on Economic Relations, held in 2020, and high-quality preparation for the next meeting of the Commission. He noted that Kyrgyzstan is interested in cooperation with Austria in the field of hydropower, digitalization, tourism, agriculture and attracting Austrian advanced technologies.

The Kyrgyz side expects a representative official and business delegation from Austria at the 1st EU-CA Economic Forum, which will be held on November 5, 2022 in the Kyrgyz Republic.

The Ambassador stressed his satisfaction with the level of practical interaction in a multilateral format within the framework of the UN institutions in Vienna. Both countries noted the unity of positions on many topics of the global agenda, in particular, in matters of environmental protection, ecology and climate change.

At the end of the meeting, Federal President of Austria Alexander Van der Bellen wished Ambassador T. Makeyev success in the upcoming responsible work in order to further deepen the interstate cooperation between Kyrgyzstan and Austria.