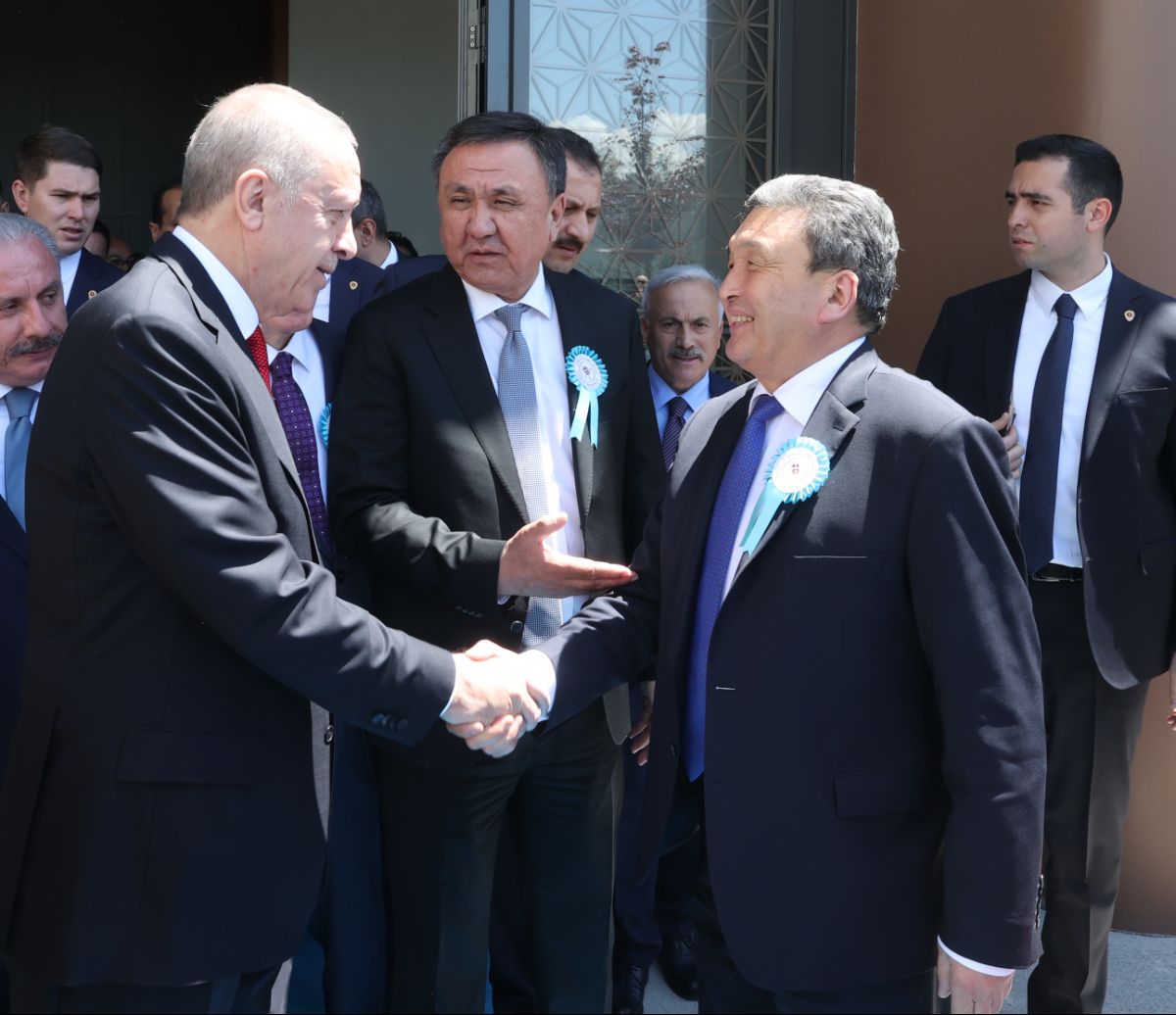 On May 9-11, 2022, the delegation of the Supreme Court of the Kyrgyz Republic led by Chairman Zamirbek Bazarbekov paid a working visit to Ankara.

On May 10, the delegation of the Supreme Court visited the Embassy of the Kyrgyz Republic in Turkey and met with Ambassador Kubanychbek Omuraliev. Ambassador K. Omuraliev informed the Kyrgyz delegation about the development and plans for cooperation between Kyrgyzstan and Turkey.

Delegation of the Supreme Court and Ambassador K. Omuraliev attended Ceremony for the 154th Foundation Anniversary of Council of State of the TR (Supreme Administrative Court of the TR). President Recep Tayyip Erdogan and President of the Council of State, Zeki Yigit made the opening speeches. Kyrgyz delegation headed by the Chairman of the Supreme Court of the KR Zamirbek Bazarbekov took part in symposium on Administrative legal proceedings in the Member States of the Organization of Turkic States.

Protocol meetings were held between the Head of the Kyrgyz delegation and President Erdogan, Speaker of the Parliament Shentop, Chairman of the Court of Cassation of the TR Akarja, Prosecutor General of the TR Shahin and other officials of the TR.

On May 11, 2022, a bilateral meeting was held between the Chairman of the Supreme Court of the Kyrgyz Republic Zamirbek Bazarbekov and President of Council of State of the Republic of Turkey Zeki Yigit.

During the meeting, the parties exchanged the most effective practices and experience in the field of administrative proceedings. Also, the parties agreed on further bilateral cooperation and noted the importance of creating within the framework of the Organization of Turkic States an organization in the field of administrative justice, operating on a permanent basis.

At the end of the visit the delegation attended the monument to Manas on the central square of the Kechioren municipality, where a meeting with the Mayor of the municipality T.Altynok took place.