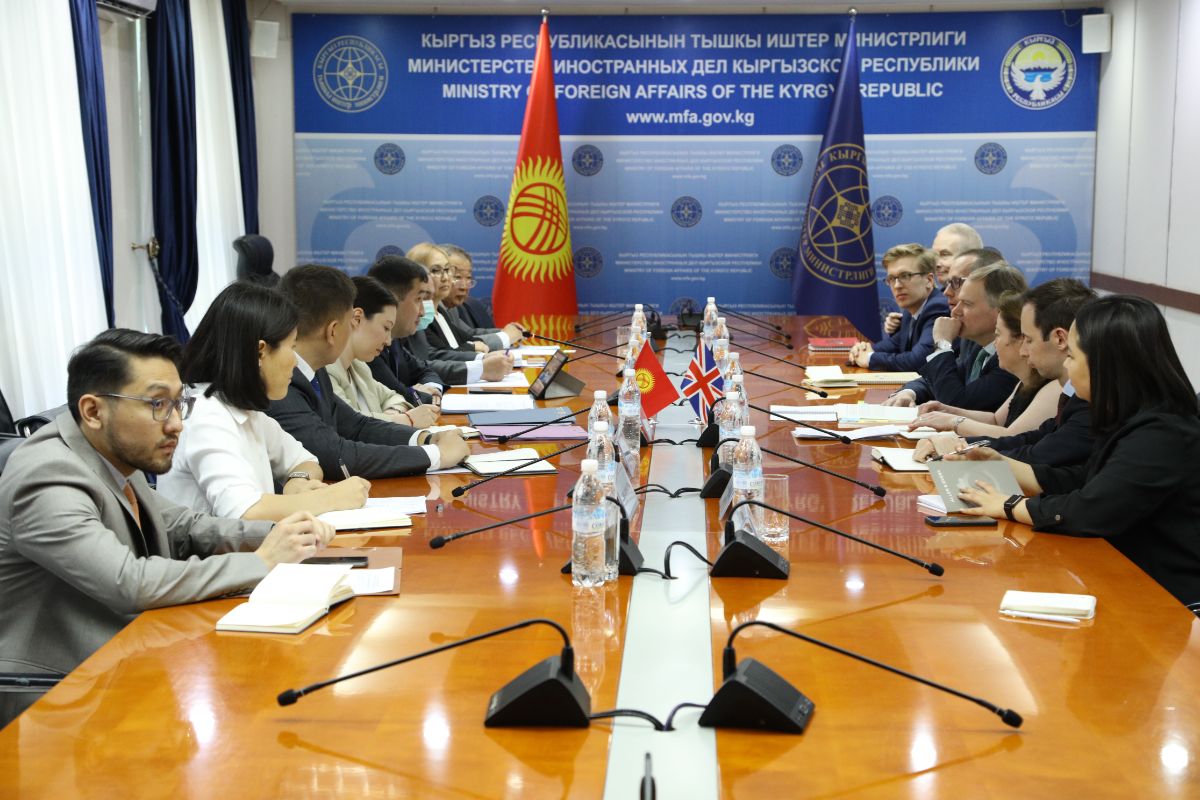 On June 20, 2022 the first Kyrgyz-British political consultations between the Foreign Ministries of the Kyrgyz Republic and the United Kingdom on the issues of bilateral cooperation were held in Bishkek.

The Kyrgyz delegation was headed by the Director of the Third Political Department of the Ministry of Foreign Affairs of the Kyrgyz Republic Ruslan Bekbolotov. The head of the British delegation was the Director for Eastern Europe and Central Asia in the Foreign&Commonwealth Office (FCO) Martin Harris.

In the field of trade and economic cooperation, the parties discussed the organization of the Kyrgyz-British Investment forum in London this year, the implementation by the British side of projects to support small and medium-sized businesses in Kyrgyzstan, to train entrepreneurs of the Kyrgyz Republic in such areas as product quality, certification, opportunities to promote products to new markets. In addition, agriculture, textile industry, and tourism were identified as promising areas of bilateral economic cooperation.

The parties also paid attention to the issues of cooperation within the framework of international organizations.

The parties exchanged views on topical issues on the international agenda.