Main / Press-service / Новости / The new Ambassador Extraordinary and Plenipotentiary of the Kyrgyz Republic to the Slovak Republic Bakyt Dzhusupov presented copies of his Credentials to the State Secretary of the Ministry of Foreign and European Affairs of the Slovak Republic, Lukas Parizek 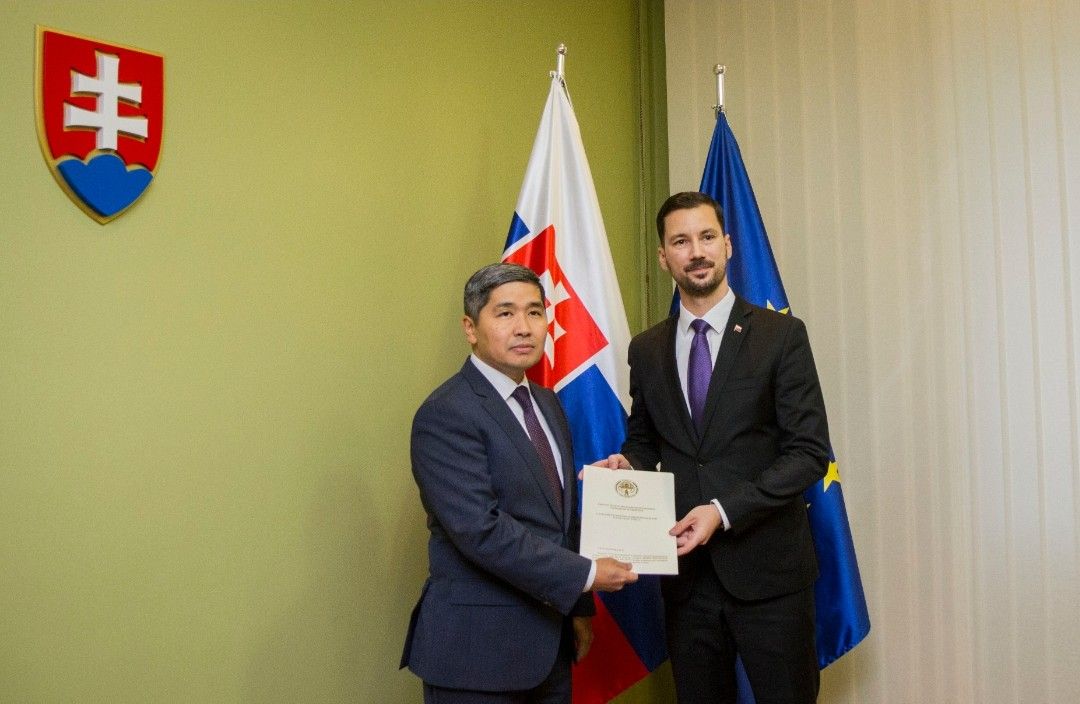 Lukas Parizek congratulated on his appointment as Ambassador to the Slovak Republic and noted that bilateral relations between the two countries are developing in a positive direction, that there is great potential for mutual cooperation between the countries, which should be used in the interests of the two brotherly nations.

In turn, Bakyt Dzhusupov expressed his readiness to make every effort to further strengthen and develop Kyrgyz-Slovak relations.

On the same day, the Ambassador met with the Director of the Department of Eastern Europe, the South Caucasus and Central Asia of the Ministry of Foreign and European Affairs of the Slovak Republic, Michal Slivovic. The parties discussed pressing issues of bilateral cooperation and exchanged views on their further development.