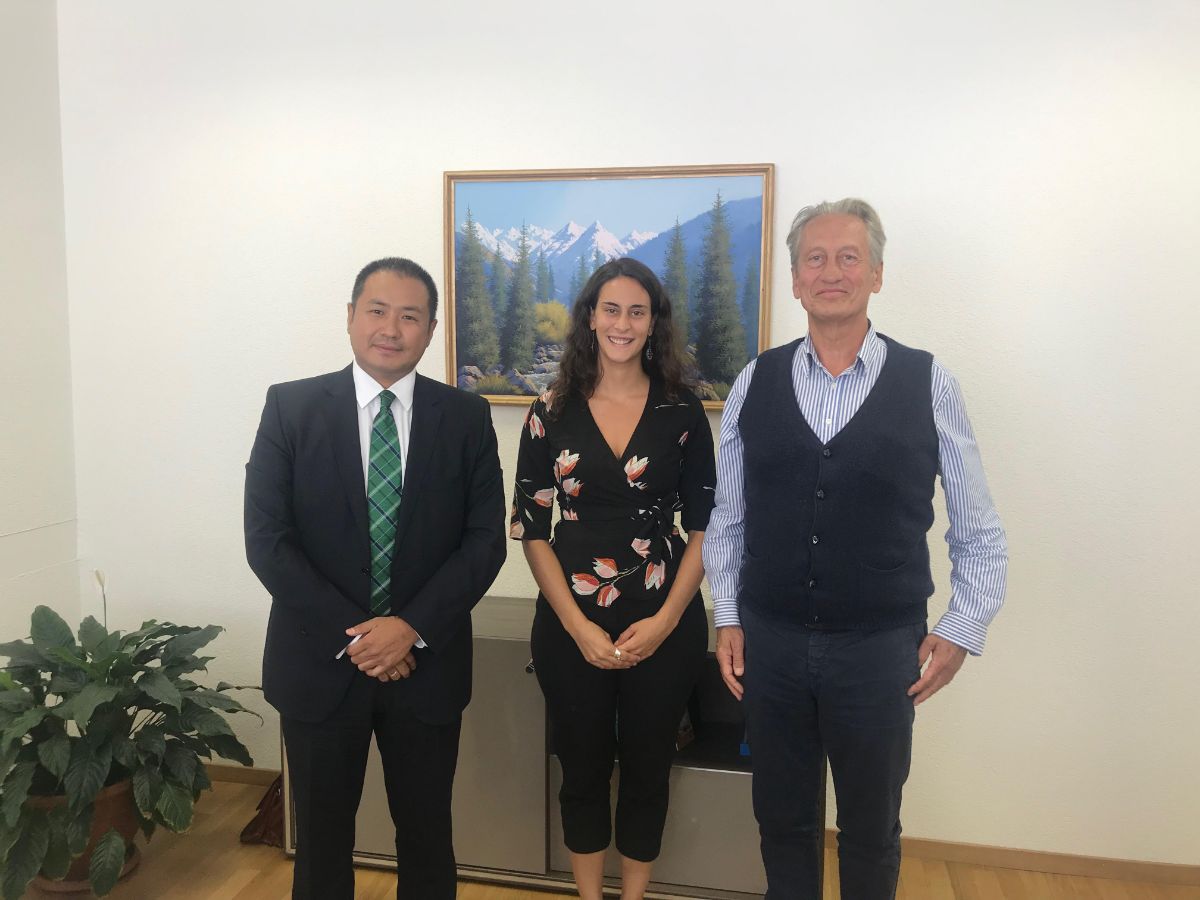 In the framework of the Embassy’s activities in strengthening the cultural-humanitarian cooperation between Kyrgyzstan and Switzerland at the initiative of the Kyrgyz side Kyrgyzstan’s Ambassador to Switzerland Daniyar Mukashev had a meeting with Swiss feature films producer Mr. Andre Martin.

During the meeting the parties discussed the idea of making a film in Kyrgyzstan by Swiss feature films producer dedicated to famous Swiss traveler-researcher, writer and photographer Ella Maillart who in 1930-s traveled and lived some time in Kyrgyzstan and later wrote the book about her journey across Central Asian republics.

According to the plans of Swiss producer, the Swiss side would like to set out the process of making this feature film in Kyrgyzstan next summer after completing all necessary preparatory works. A.Martin expressed his hope that with the kind assistance of the Kyrgyz side this movie project would be implemented successfully, and both Swiss and other countries’ viewers would be able to learn more about the national culture, traditions and customs of Kyrgyz people through this movie.

In the framework of preparatory works for launching this project A.Martin is planning to visit Kyrgyzstan in near future and discuss it with all relevant state bodies and professional colleagues.