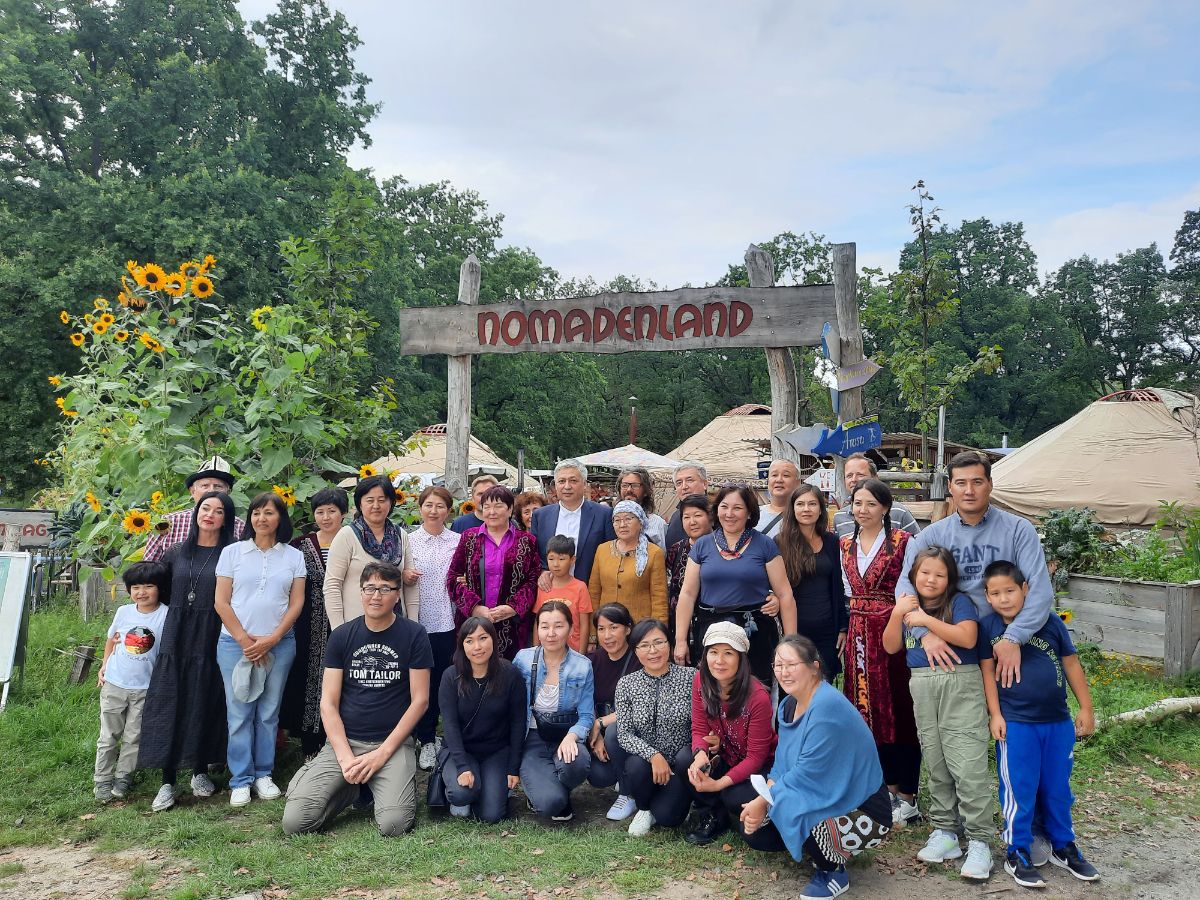 The yurt village is called "Nomadenland (https://www.nomadenland.de/)" and is located in the central park of Potsdam. Its director Matthias Michel, a citizen of the Federal Republic of Germany, has been introducing the culture and traditions of the Kyrgyz people to residents and guests of the town for 11 years. Visitors to the yurt village are also offered an overnight stay in a yurt, children's fairy tales and various games.

The Ambassador of the Kyrgyz Republic to the Federal Republic of Germany Erlan Abdyldaev thanked and presented a letter of appreciation from the Embassy to the director of the yurt village Matthias Michel for his contribution to the development of the Kyrgyz-German cooperation.

The event was attended by residents and guests of Potsdam and nearby cities, as well as representatives of the Kyrgyz diaspora in Germany. Guests of the event were able to get acquainted with the interior decoration of the yurt and taste Kyrgyz national dishes. Visitors were offered tourist booklets about Kyrgyzstan. The event was held in a warm and friendly atmosphere.

Such events help to popularise Kyrgyz culture in Germany and attract German tourists to Kyrgyzstan.