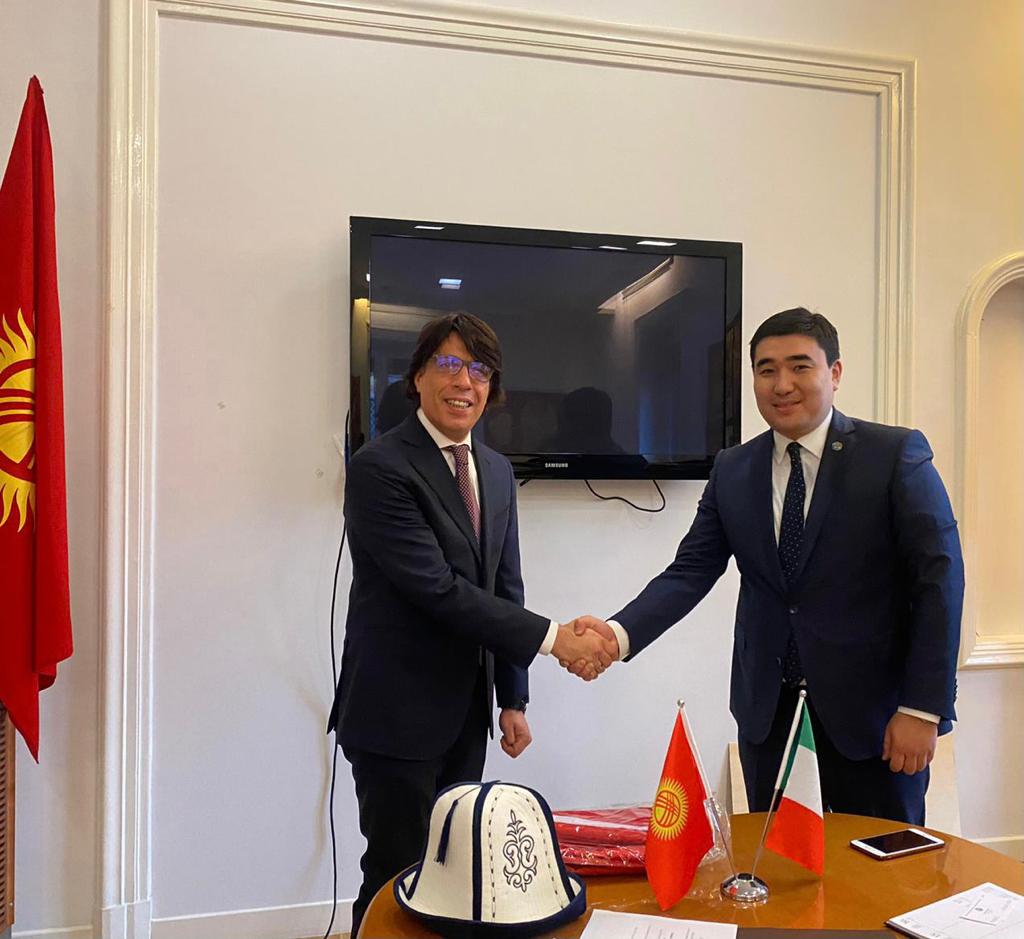 For reference: The Campania region is located in southwestern Italy, includes the cities of Naples, Caserta, Salerno. The population of the region is about 5.5 million people. According to various sources, about 2 to 4 thousand citizens of Kyrgyzstan live in Naples and the nearby cities of Caserta and Salerno.

During the meeting, the relevant documents from the foreign ministries of Kyrgyzstan and Italy were handed over to G. De Stefano, which allow the new Honorary Consul of the Kyrgyz Republic to start his duty officially. The Embassy congratulated G. De Stefano on the appointment to an important and responsible position. The parties reached an agreement on joint cooperation on the existing issues of rendering assistance to the citizens of Kyrgyzstan living in the Campania region.

For his part, Honorary Consul G. De Stefano expressed his readiness to carry out the necessary work to provide assistance to the citizens of the Kyrgyz Republic living in the Campania region on a free basis, representing their interests in authorities of Italy.

At the end of the meeting, the parties discussed the possibility of organizing and holding joint events to celebrate the 30th anniversary of Independence of Kyrgyzstan in the second half of 2021.