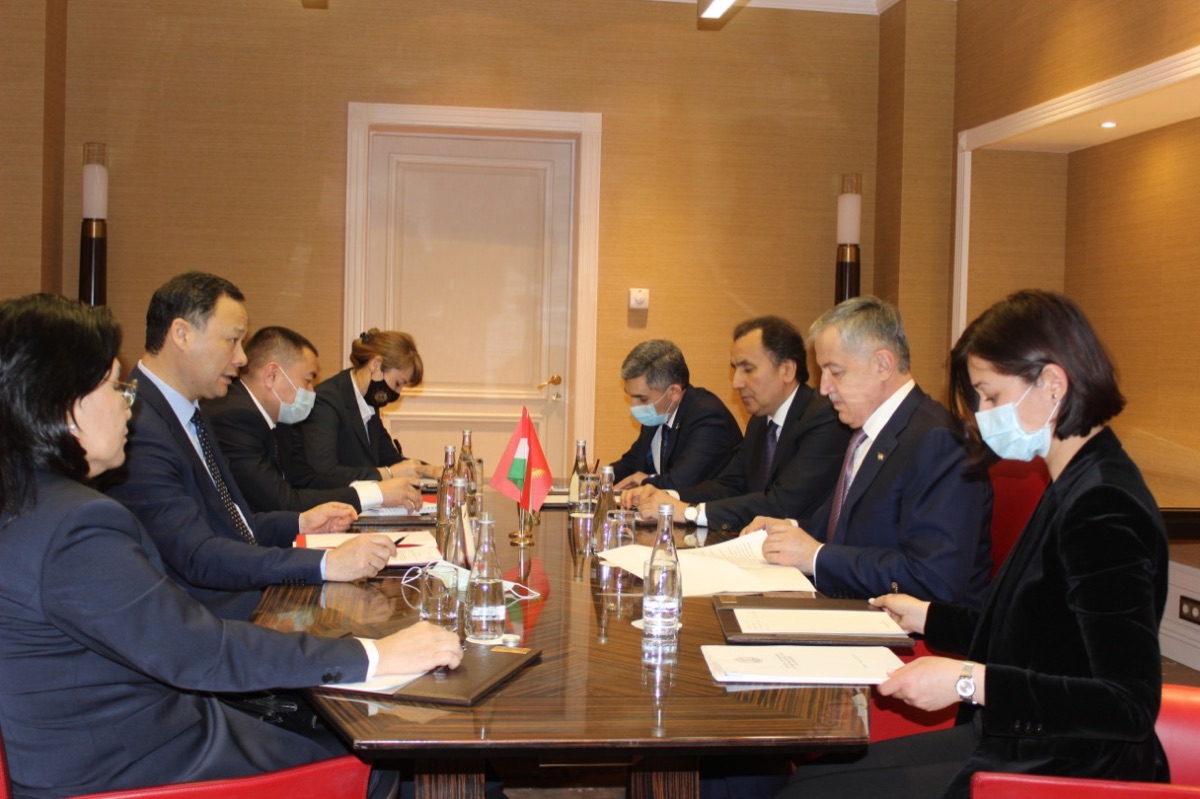 The meeting of the heads of the foreign ministries of two countries was a logical continuation of the dialogue between the Parties, aimed at taking measures to activate the entire spectrum of Kyrgyz-Tajik interaction.

The parties exchange of views on topical issues on the agenda of Kyrgyz-Tajik relations and outlined prospects for further building of mutual joint activities. During the conversation, Mr. Ruslan Kazakbaev emphasized that the Sadyr Japarov, President of the Kyrgyz Republic pays special attention to strengthening and further development of multidimensional cooperation with friendly neighboring states, including brotherly Tajikistan.

The parties were unanimous in the opinion that the completion of the legal registration of the state border between Kyrgyzstan and Tajikistan will have a positive impact on the entire range of relations between the two countries.

The topics of discussion of the Foreign ministers of two countries also included the issues of the Kyrgyz-Tajik trade, economic, cultural and humanitarian cooperation.