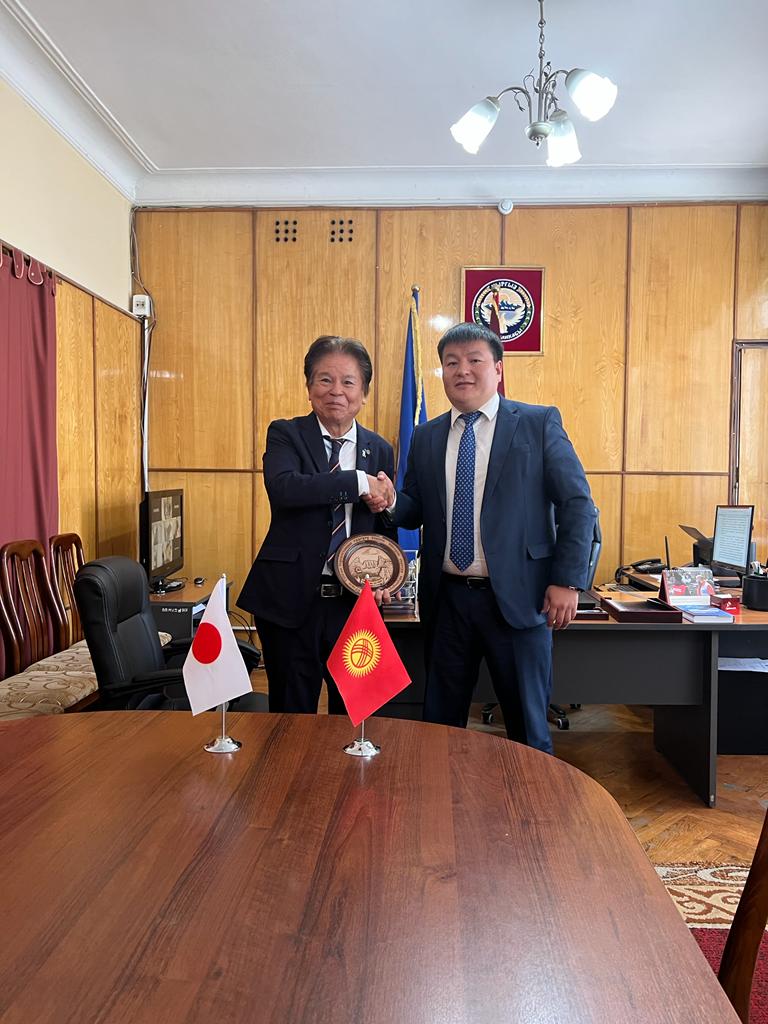 During the meeting, the parties exchanged views on the prospect of establishing sister city relations between cities and regions of the south of the Kyrgyz Republic with the regions of Japan.

In addition, issues of establishing direct contacts between exporters of nuts and dried fruits from the south of the Kyrgyz Republic with a subsidiary of «Monotec International» for the supply of organic products to Japan were discussed.

The parties also discussed the need for organized employment of citizens of the Kyrgyz Republic in Japan on the basis of an agreement at the state or regional level, or directly with employers.

At the end of the meeting, the parties noted the need to continue further close cooperation.