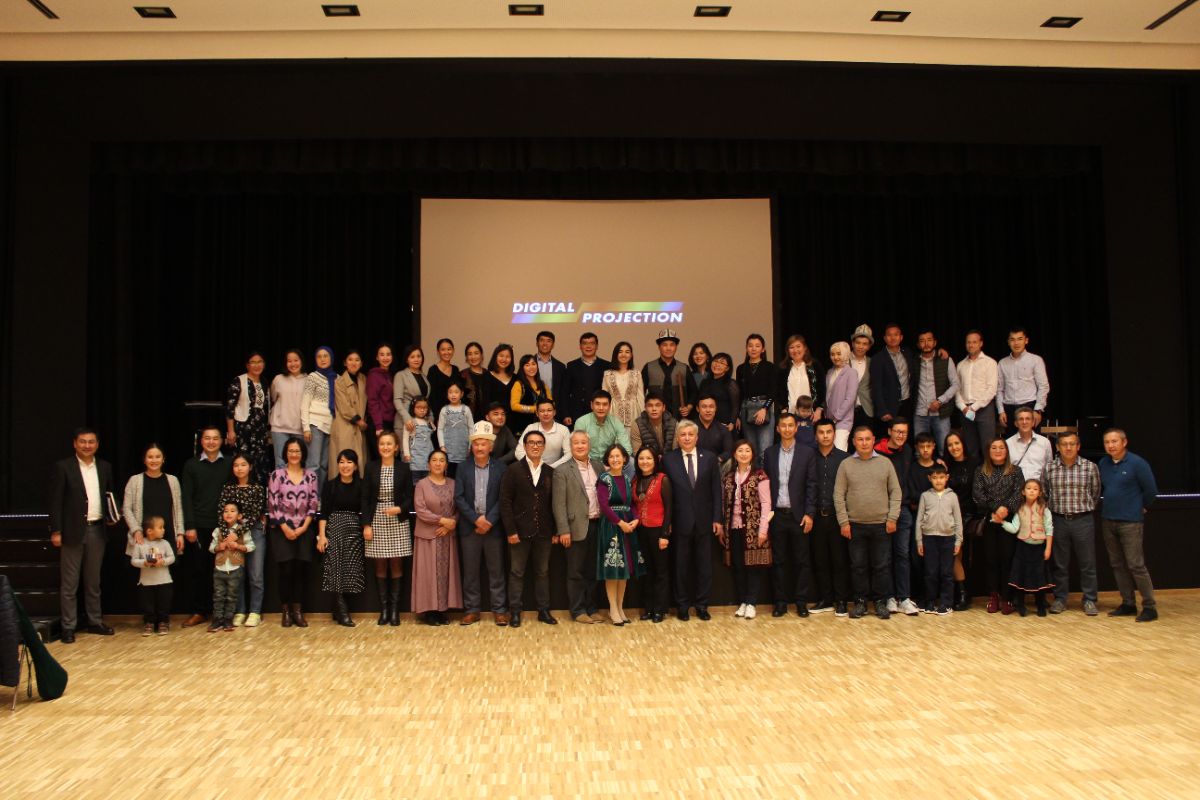 In Frankfurt am Main the meeting was also organized on the occasion of the official presentation of the Public Association of Kyrgyzstanis in Hessen BIZ - BIZ, which in Kyrgyz this word is translated as "WE" and at the same time is an abbreviation of the German words: "Education, Initiative, Cooperation". The main purpose of BIZ was to support and promote educational initiatives, projects in the field of education and cooperation in various cultural and humanitarian areas between Germany and Kyrgyzstan.

The Ambassador of the Kyrgyz Republic to the Federal Republic of Germany expressed his sincere gratitude to his compatriots for their regular participation in humanitarian activities for our country. Despite the short time since its establishment and registration in Germany, BIZ has done fruitful and useful work for Kyrgyzstan. For example, along with other Kyrgyz diaspora associations in Germany, when the situation with the coronavirus epidemic in Kyrgyzstan worsened in the spring and summer of 2020, BIZ carried out an action to raise funds to help the poor in the Kyrgyz Republic by distributing food packages through a public organization in the Kyrgyz Republic, and also to Kyrgyz medical institutions, amounting to about 10,000 euros. BIZ recently organised a campaign to donate various educational equipment to a number of schools in the Batken region.

While discussing various issues, the Ambassador took the opportunity to ask people to actively participate in voting in the parliamentary elections on 28 November 2021 in two Precinct Election Commissions (PEC) 9030 in Frankfurt am Main and 9031 in Bonn, based at the Consular Agency and at the Division of the Embassy of the Kyrgyz Republic, respectively.

At the end of the meetings it was noted that similar meetings of the Ambassador with compatriots in different federal states of Germany are becoming a good tradition and, in turn, our compatriots can contact the Kyrgyz Embassy in Berlin and the consular offices of the Kyrgyz Republic in Germany on various issues, including consular issues.