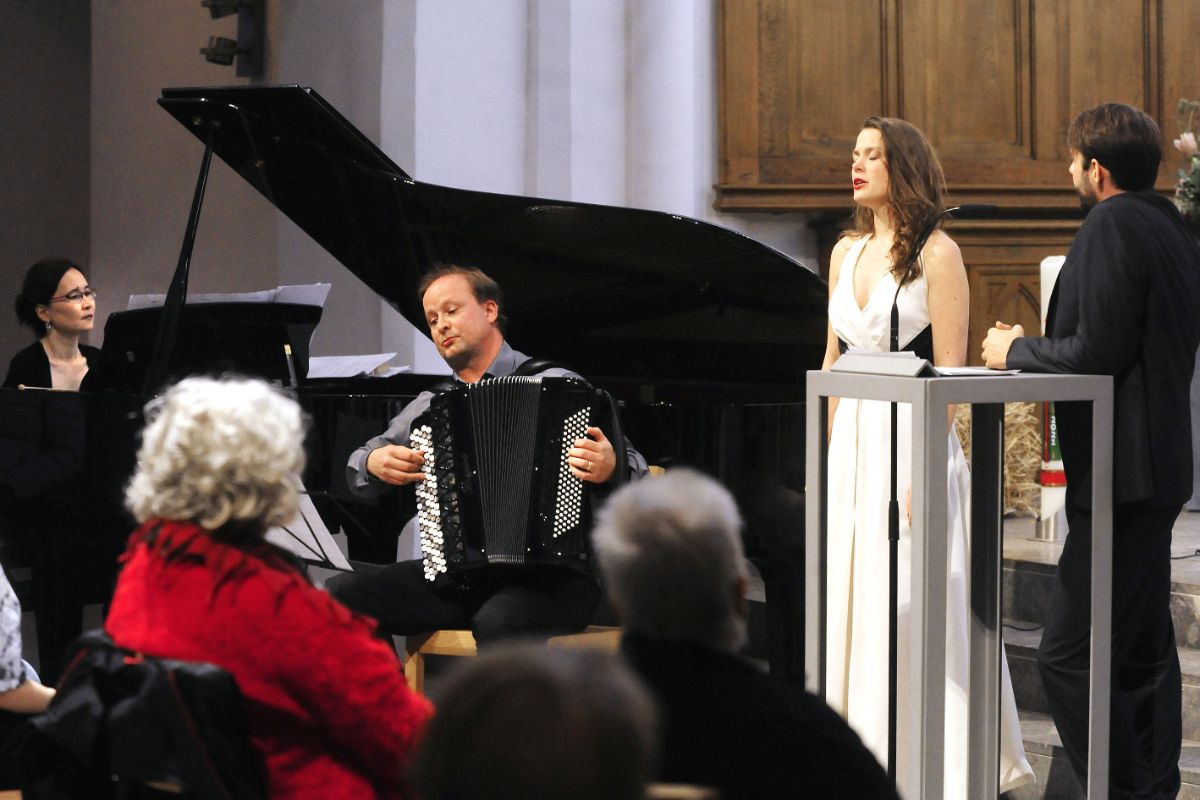 On October 3, 2021, in Moers (North Rhine-Westphalia, Germany) a musical reading of the novel "Djamilya" by the famous Kyrgyz writer Chingiz Aitmatov was premiered in German. The musical performance was organized by the German regisseur Konrad Goeke.

Musicians and artists of European level took part in organizing the musical reading of the novel "Djamilya": Marco Kassl, a lecturer at the Detmold Academy of Music and the Amsterdam Conservatory, who created the musical arrangements for piano and accordion, an Italian bass-baritone and Ferrara Conservatory graduate Giulio Alvise Caselli as Daniyar, a soprano, ArtEZ Conservatory graduate Stella Louise Goeke as Djamilya, a German actor and novelist Felix Bahnholzer as young Said, a storyteller, and Gulnaz Aimakova, a pianist from Kazakhstan who lives in Moers.

In front of the spectators of the musical performance, the message of the Ambassador Extraordinary and Plenipotentiary of the Kyrgyz Republic in the Federal Republic of Germany E.B.Abdyldaev was read, in which the importance and special role of the works of the famous Kyrgyz writer Ch. Aitmatov in world culture was noted.

The works of Ch. Aitmatov has been translated into various languages, including German. In Germany, the works of Сh.Aitmatov, which has become the heritage not only of the Kyrgyz people but also of all mankind, are treated with special sympathy.

The premiere of the musical reading of the story "Djamilya" found a positive response from the spectators and was widely covered in the media and social networks in Germany. It is planned to show the performance in other German cities.

Photos from the music evening were provided by photographer Klaus Dieker.