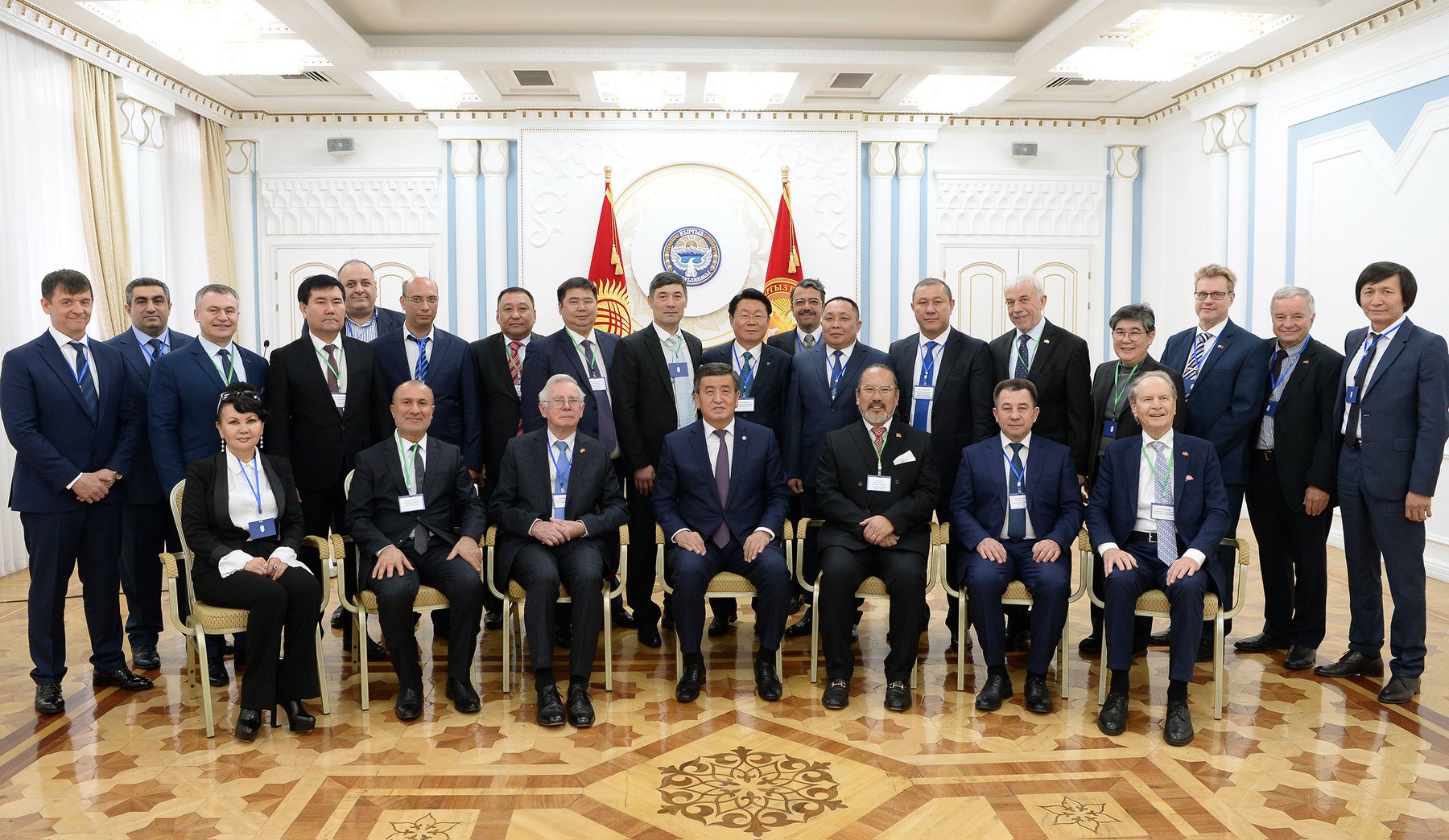 Sooronbai Zheenbekov spoke about the changes and changes that are taking place in Kyrgyzstan as part of the implementation of reforms in all spheres of the country's life, concerning the development of regions, digitalization, the fight against corruption, judicial reform. He noted that all measures are being taken to improve the business environment and create a favorable investment climate. “Honorary consuls contribute to the popularization of Kyrgyzstan abroad, and provide considerable assistance,” he said.

“We are very grateful to the consuls for their work. The Institute of Honorary Consuls has great potential in the implementation of economic projects, assistance to migrants. It is very important to strengthen economic ties, attract foreign investments, companies and tourists to Kyrgyzstan, ”the Head of State emphasized.

President Sooronbay Jeenbekov once again reminded that the priority areas of the Kyrgyz economy are energy, transport, provision of clean water, irrigation, information technology, tourism, agriculture, and product export, and paid special attention to the Honorary Consuls to intensify work in the field of “economic diplomacy”.

A number of Honorary Consuls spoke at the meeting, who spoke about the ongoing work in their areas. Foreign Minister Chyngyz Aidarbekov said that today the 5th Meeting of the Honorary Consuls of the Kyrgyz Republic in foreign countries will be held, but this is the first time the meeting is held.

The head of state expressed the hope that these meetings will become traditional.

Source: Department of Information Policy of the Office of the President of the Kyrgyz Republic, www.president.kg