А – А А +
Обычная версия
Скрыть
News / News and Events / Ambassador of the Kyrgyz Republic to the U.S. B. Amanbaev: On behalf of President Sadyr Japarov a consulate opens in New York 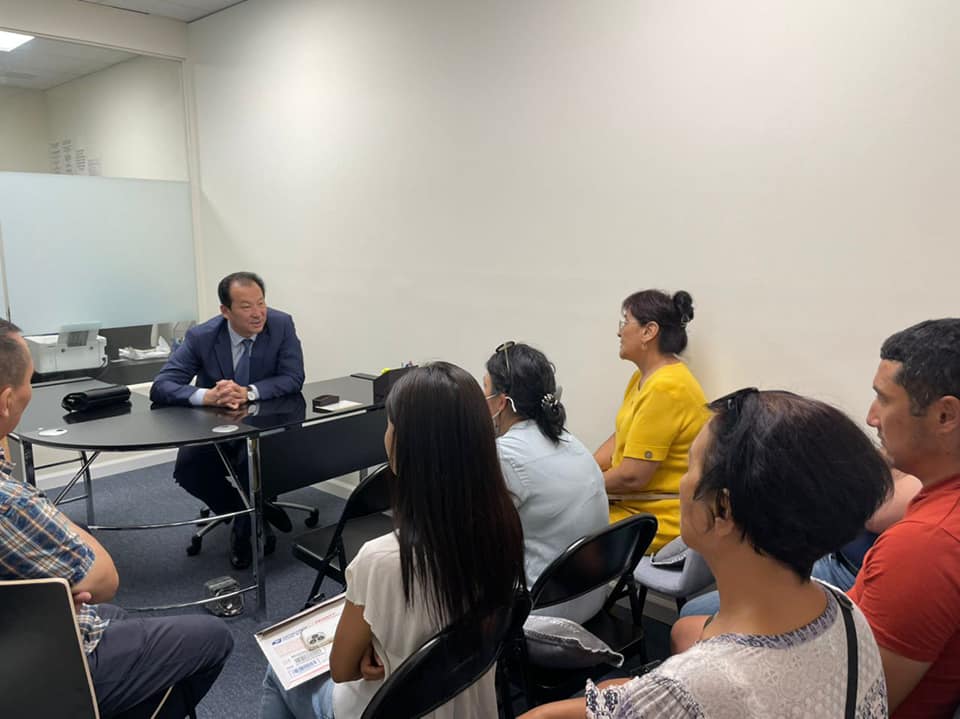 August 21-22, 2021, Ambassador of the Kyrgyz Republic to the United States B.Amanbaev visited New York and met with compatriots residing there. During the meeting Ambassador Amanbaev informed the Kyrgyzstan citizens about the policies pursued by President Sadyr Japarov and urged them to take an active part in the upcoming parliamentary elections. In his speech, Bakyt Amanbaev noted that on the direct order of President Sadyr Japarov, preparations were underway to open a consular mission in New York soon. Bakyt Amanbaev then listened to the requests and complaints of the participants and answered their questions.

Representatives of the Kyrgyz diaspora made suggestions for improving the Embassy's work, and shared their concerns, day-to-day life, and work activities, as well as their experiences in different areas of development that could be replicated in Kyrgyzstan.

On the same days Embassy employees provide consular services to the citizens of the Kyrgyz Republic, including applications for exchange/issue of passports, registration of birth certificates, certificates of repatriation, consular registration, and notarial acts. A total of over 150 consular acts were conducted by the Embassy, and many citizens were provided verbal consultations.