А – А А +
Обычная версия
Скрыть
News / News and Events / Ambassador of the Kyrgyz Republic to the United States B.Amanbaev met with the President of the US National Democratic Institute 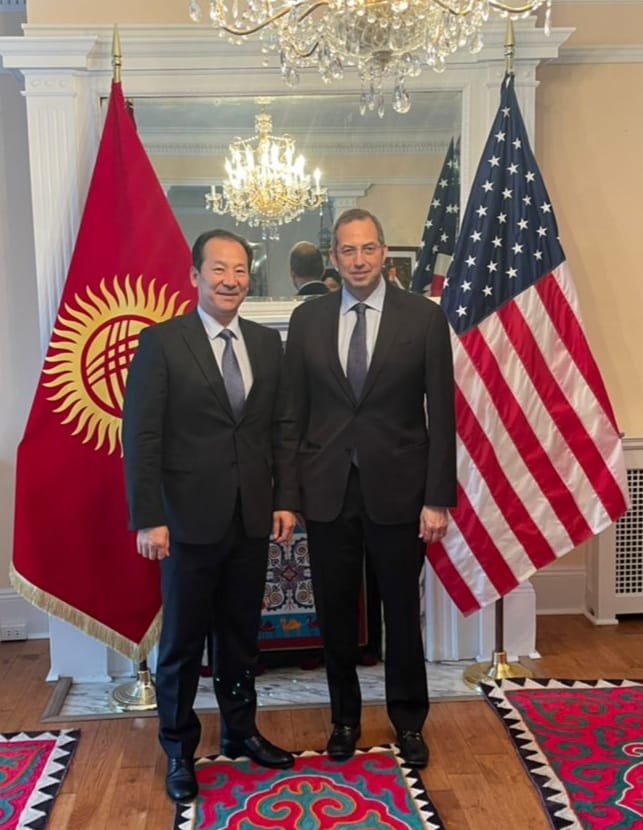 During the meeting they discussed the current programs and activities of the institute in Kyrgyzstan and joint plans for the future. Bakyt Amanbaev pointed out that Kyrgyzstan is interested in studying the positive aspects of the US bipartisan system, the successful application of the principles of checks and balances between the higher branches of power and suggested working together to strengthen inter-parliamentary cooperation in these areas. Ambassador Amanbaev also stressed the importance of advancing the Institute's programmatic work in the Kyrgyz Republic in areas that serve the interests of the state and the people.

Mr. Mitchell emphasized the leading role of Kyrgyzstan in the development of democracy and human rights in the region and assured that the Institute is ready and open to work with all interested parties in Kyrgyzstan.