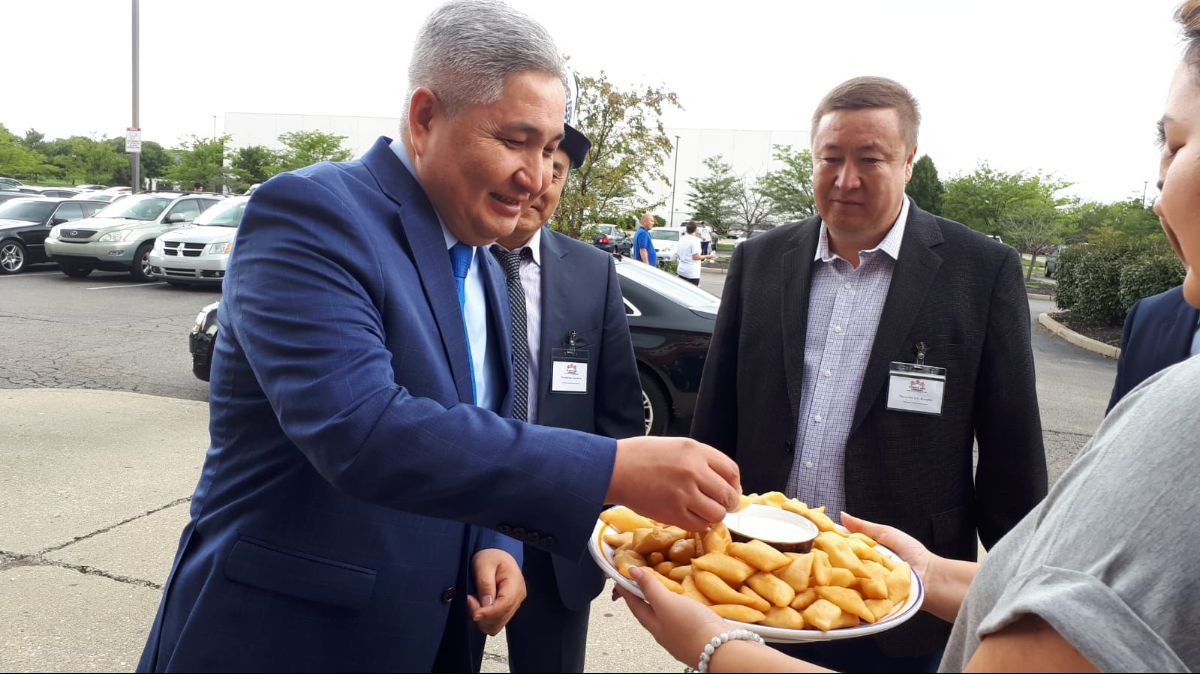 On August 31 - September 1, 2019, in the framework of celebration of the Independence Day of the Kyrgyz Republic, the Embassy and representatives of the Kyrgyz diaspora held cultural events aimed at maintaining ties between compatriots living in the United States.

Ambassador Otunbaev attended at the opening ceremony of the Kyrgyz Culture and Language Center in Cincinnati, Ohio.

In accordance with the decision of the Government of the Kyrgyz Republic on celebrating anniversary events in 2019, the Embassy, ​​with the assistance of the «Sayakbay» Foundation, showed the movie «Sayakbay. Homer of the ХХ century», which won the main prize in the nomination“ Best Innovative Film ”at the Montreal Festival. Also the books of the state and public figure B. Sydykov “Omur dastany” were donated to the fund of the Kyrgyz Culture and Language Center.

The first business forum was organized with the participation of our compatriots in order to discuss and exchange views on the economic development of our country by the support of Kyrgyz citizens living in the USA.

The Embassy familiarized participants of the event on investment, economic, export and tourism opportunities of Kyrgyzstan. In addition, Embassy informed about the efforts undertaken by the country's leadership to create a favorable business climate and ensure the safe conduct of business in the country.

At the same time, the participants of the event presented information about the activities of their companies and shared best practices in such areas as IT technology, trade, cargo transportation and many others. At the end of the event, the Kyrgyz people noted success of such events and confirmed their interest in further maintaining this format.

At the end of the cultural and sporting events Embassy handed over letters of thanks to the active members of the Kyrgyz diaspora.