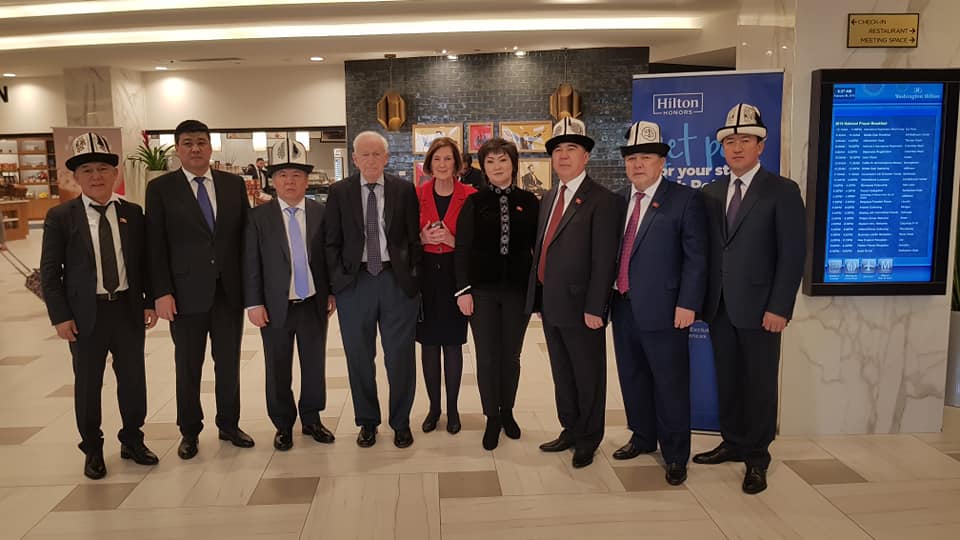 During the visit members of the Jogorku Kenesh also held meetings with members of the House Foreign Affairs Committee, representatives of the House Democracy Partnership Commission and the «Open World» Program. During the meetings, as well as within the framework of other events of the National Prayer Breakfast, issues of developing inter-parliamentary Kyrgyz-US cooperation, parliamentary visits exchanges, developing cooperation in capacity building and supporting democratic processes in Kyrgyzstan have been discussed.

Members of the Jogorku Kenesh informed about the joint efforts of all branches of power of Kyrgyzstan in developing democracy and strengthening parliamentarism, and invited US Congressmen to visit the Kyrgyz Republic.

As part of their stay in Washington, the members of the Jogorku Kenesh also held a meeting with representatives of the Kyrgyz diaspora living in the US.