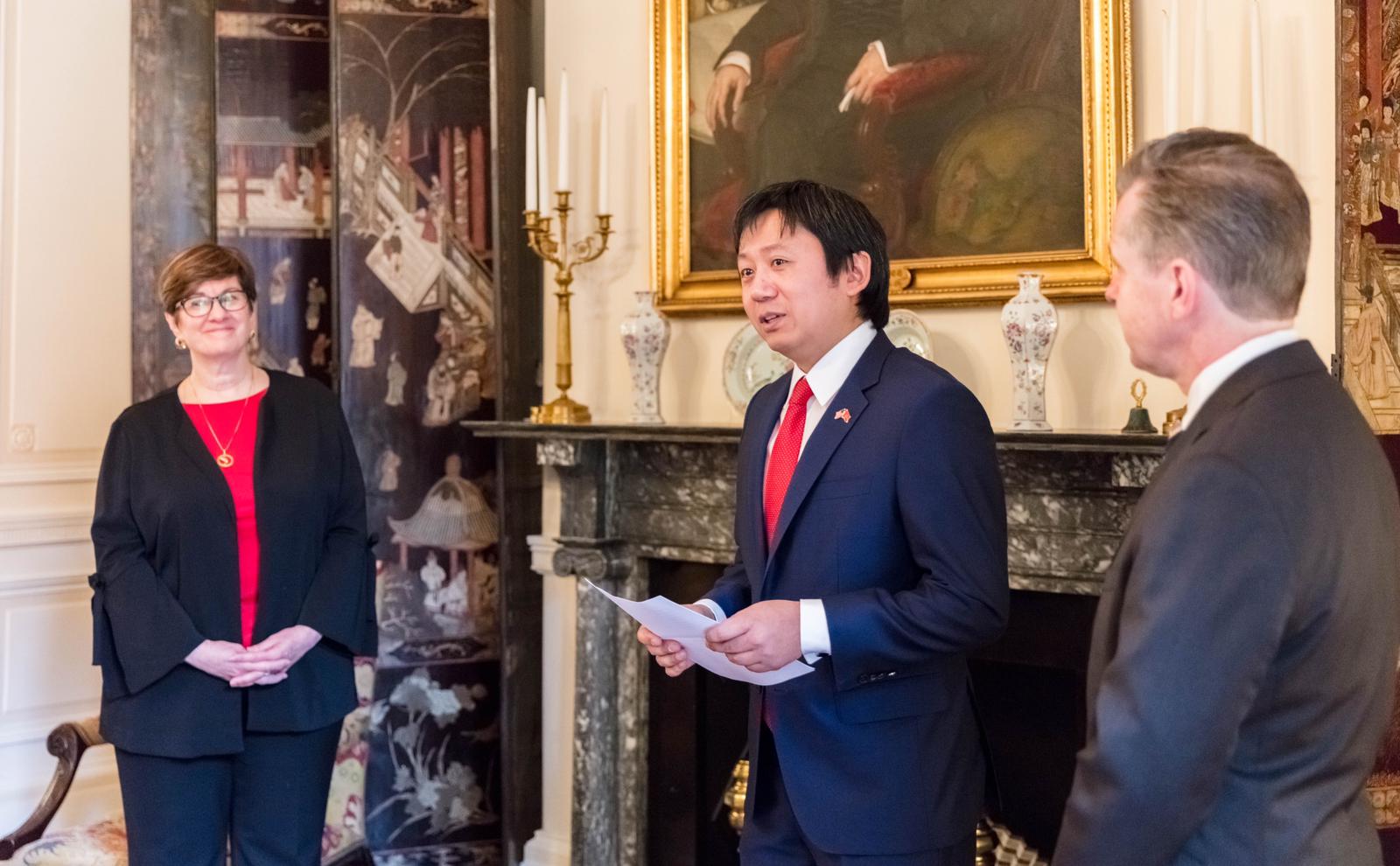 On January 28, 2019, on the occasion of Kadyr Toktogulov’s mission completion as Ambassador of the Kyrgyz Republic to the United States an official reception was held at the Blair House in Washington, DC, organized by the Office of the Chief of Protocol. Representatives of US government agencies, including the US National Security Council, the US State Department, the US Agency for International Development, as well as the heads of diplomatic missions in Washington and representatives of the US academia and expert communities attended the event.

Chief of Protocol Sean Lawler and US Deputy Assistant Secretary of State Emilia Puma expressed gratitude to Kadyr Toktogulov for fruitful work as Ambassador of the Kyrgyz Republic over the past four years, noting his contribution to the development and strengthening of relations between Kyrgyzstan and the United States in various areas of cooperation, and also wished success in his future career.

Kadyr Toktogulov thanked all his friends and colleagues for their support and cooperation during his stay in the United States as Ambassador of the Kyrgyz Republic and expressed confidence in the further systematic development of relations between the two countries.