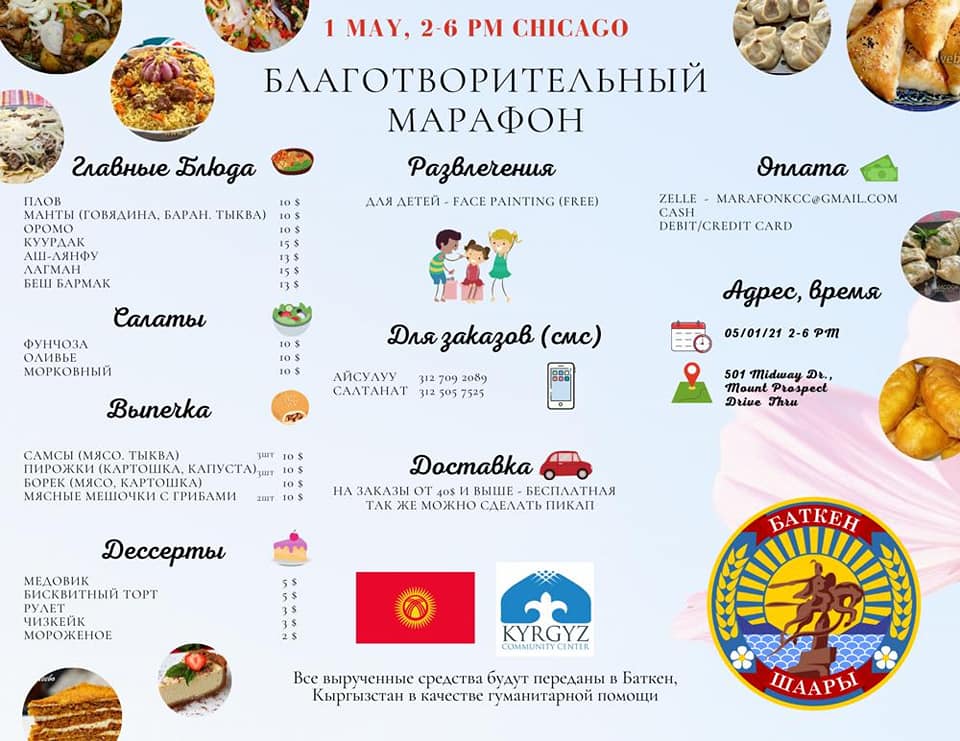 As part of providing assistance to victims in the Batken region as a result of the border conflict with Tajikistan, active representatives of the Kyrgyz diaspora in the United States have launched a large-scale effort to collect financial resources to be transferred to Kyrgyzstan.In particular, the diaspora in Chicago, through the opening of an electronic account, has organized the collection of 70,000 U.S. dollars as of May 1. Part of the funds were raised through a national food fair the diaspora organized today in the Chicago.

In addition, the Embassy has received information about fundraising by Diaspora representatives in other cities and states of the United States, the results of which will be announced shortly.

The Embassy expresses its deep gratitude to compatriots living in the United States for invaluable assistance to the residents of Batken region.