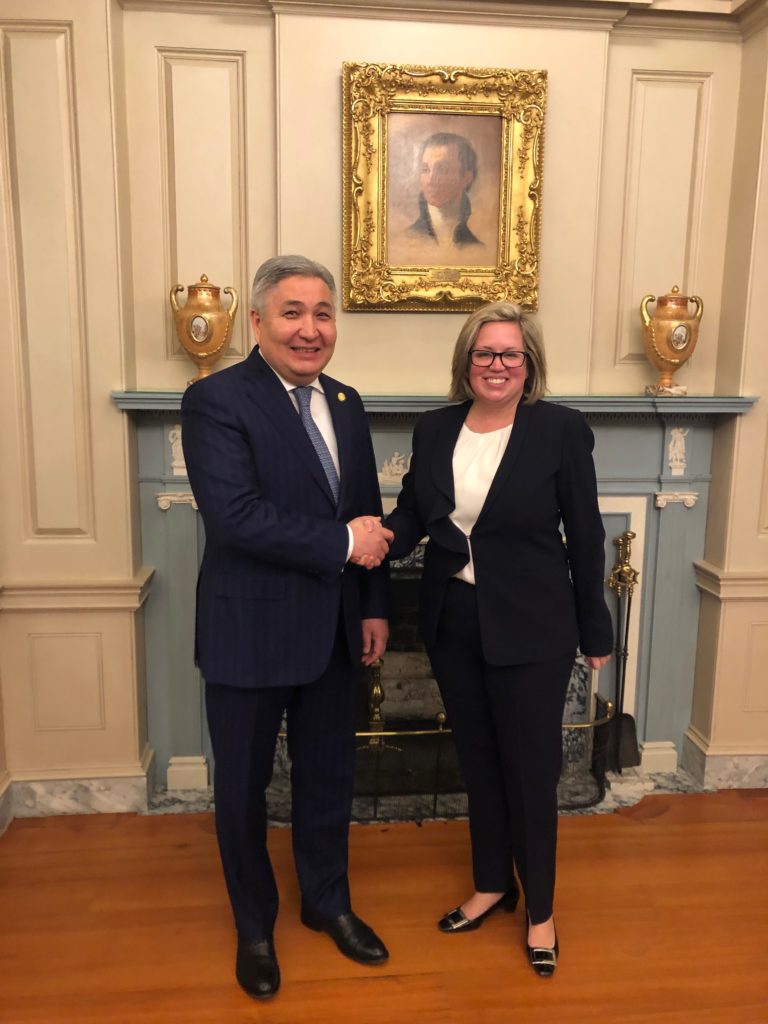 Representatives of the Department of State warmly congratulated Dr. Bolot Otunbaev on his appointment as Ambassador of the Kyrgyz Republic to the United States and wished success in his new responsibilities.

During the meeting both sides emphasized their readiness for the strengthening and full-fledged development of cooperation on topical issues of the Kyrgyzstan – U.S. bilateral agenda.