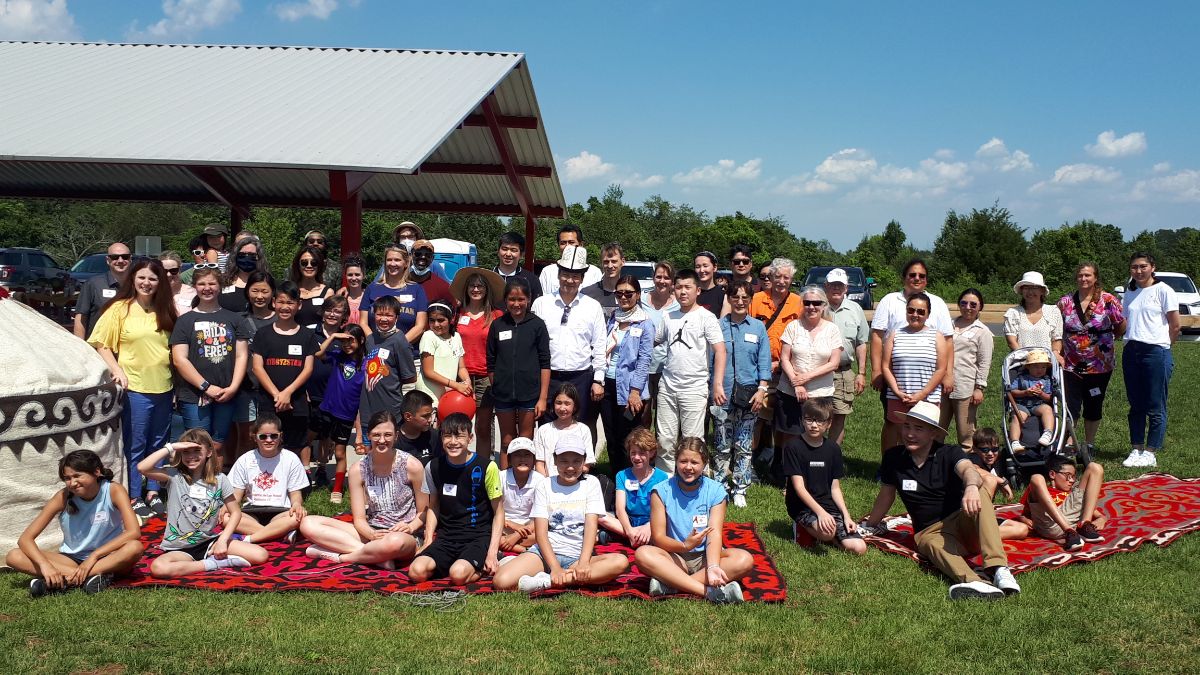 “Kyrgyz Heritage Day” took place on June 5, for Kyrgyz children adopted by American families in the framework of the International Children's day on June 1.

Ambassador of the Kyrgyz Republic to the USA and Canada Mr.Amanbaev Baktybek, embassy staff and active members of the diaspora attended this event. The event was aimed at introducing adopted Kyrgyz children to the culture, history and traditions of the Kyrgyz people, organizing various Kyrgyz games for children, helping them remember Kyrgyzstan and strengthening cultural ties between the two countries.

During the day, the following activities were carried out:

1. Building a Kyrgyz yurt and familiarizing children and their parents with its history and features.

2. Classes on the study of national dances of the Kyrgyz people.

3. An excerpt from the epic "Manas" was read, the pride of the Kyrgyz people, about its content and meaning.

4. During the event, Kyrgyz games were played with children and their parents with great interest.

Ambassador of the Kyrgyz Republic to the United States Mr.Amanbaev Baktybek thanked American parents for the bringing up and teaching of Kyrgyz children, he told them about the history of Kyrgyzstan, its traditions and the great heritage of the Kyrgyz people, the Manas epic. He presented the art of playing the national Kyrgyz instrument-komuz.

Participants of the event were really amazed and interested to hold such events on a regular basis.