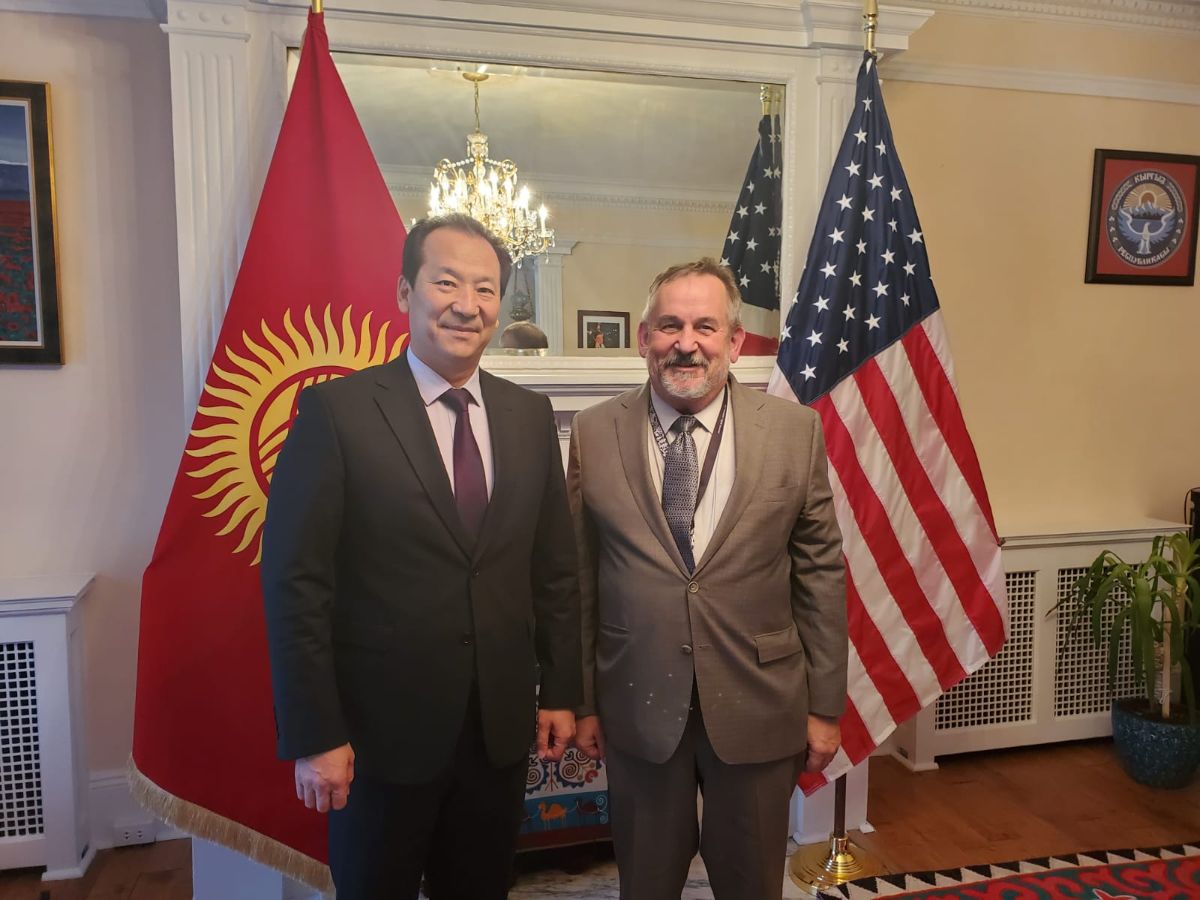 On August 6, 2021, Ambassador of the Kyrgyz Republic to the United States Mr. B. Amanbaev met with Mr. Jim Kulikowski, Coordinator of U.S. Assistance to Europe and Eurasia in the Bureau of European and Eurasian Affairs at the U.S. Department of State. Ambassador Amanbaev informed about national strategy and development programs of the Kyrgyz Republic and briefed him on the domestic political situation and changes in recent years. In his speech, B. Amanbaev stressed that the main goal of the President Sadyr Japarov is to develop the economy of Kyrgyzstan and create jobs in the near future, for which the authorities of Kyrgyzstan are interested in conducting systematic reforms in all spheres, including public administration, economy, judicial system, education and energy. The Ambassador encouraged the U.S. government to prioritize helping to improve these areas. Also in his remarks, B. Amanbaev asked the U.S. to support educational projects in Kyrgyzstan, as well as training of specialists in above mentioned areas.

J. Kulikowski expressed his willingness to provide possible assistance in these areas, which will strengthen the capacity of the Kyrgyz Republic in sustainable economic development. It was noted that the American side will continue to support and develop democratic values.

Separately, the sides discussed joint actions to counter the spread of coronavirus and overcome the economic consequences of the pandemic. Jim Kulikowski stated that the U.S. will continue to provide vaccines to other countries, including the Kyrgyz Republic.