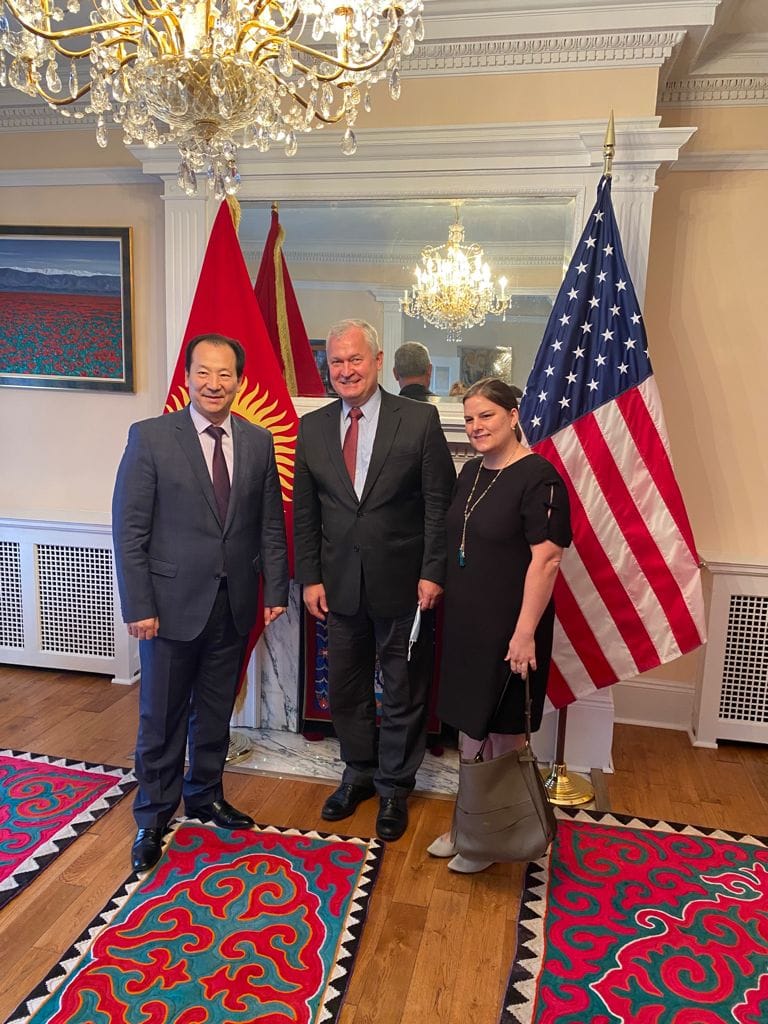 On September 10, 2021, the Ambassador of the Kyrgyz Republic to the USA Baktybek Amanbaev met with representatives of the large American machine-building company «John Deer» S.Dean, Senior Manager of International Affairs, and A.Kuznetsov, Director, CIS,  to discuss the prospects for the company’s cooperation with Kyrgyzstan, especially in the field of agriculture using American agricultural machinery and technology.

During the conversation, Ambassador B.Amanbaev outlined the high economic potential with huge natural resources in all regions of the Kyrgyz Republic and noted the need to build practical work to attract American investments, primarily in agriculture, mining and textile industries, the hydropower sector, and the IT sector. In addition, B.Amanbaev encouraged the company’s representatives to increase their competitiveness in the Kyrgyz market by using co-financing mechanisms from the financial institutions of the United States and other countries on favorable terms for farmers.