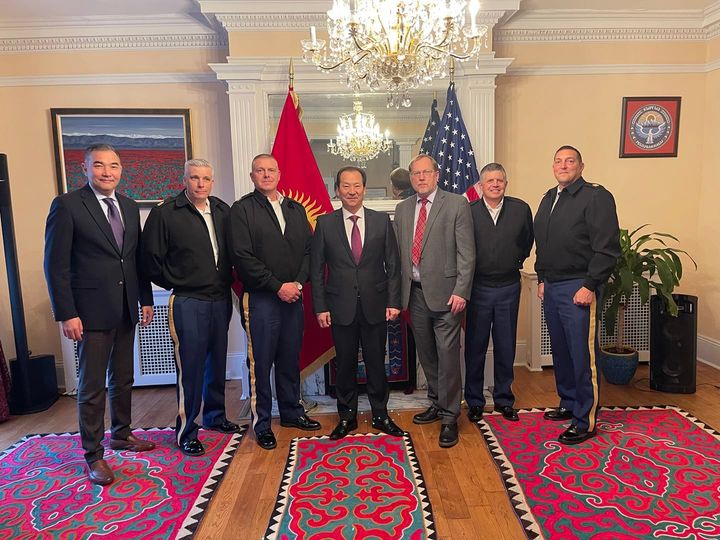 On December 1, 2021, the Ambassador of the Kyrgyz Republic to the United States Bakyt Amanbaev met with representatives of the National Guard of Montana, officers G.McAllister, W.Ballinger, W.Frank.

During the conversation, the parties discussed the prospects for enhancing cooperation within the framework of the state partnership program of the Montana National Guard with the Kyrgyz Republic, which is aimed at strengthening Kyrgyz-American interaction and exchange of experience in the military field, in the field of disaster preparedness, strengthening peacekeeping potential and medical capabilities, and also other educational programs. Ambassador Amanbaev called on the American side to develop cooperation in other sectors of the socio-economic, cultural and humanitarian areas, primarily in the field of agriculture, animal husbandry, tourism. The importance of developing twinning relations between the city of Naryn and the city of Great Falls of Montana was especially emphasized.

In conclusion, the parties agreed to study the prospects for cooperation and develop a specific action plan for the bilateral agenda for its further implementation.

The state partnership program of the Montana National Guard with the Kyrgyz Republic began in 1995. Since 1996, over 850 Kyrgyzstanis have visited Montana under an exchange program. This partnership program has resulted in the exchange of best practices in disaster preparedness, peacekeeping and medical capacity building, and other educational programs.