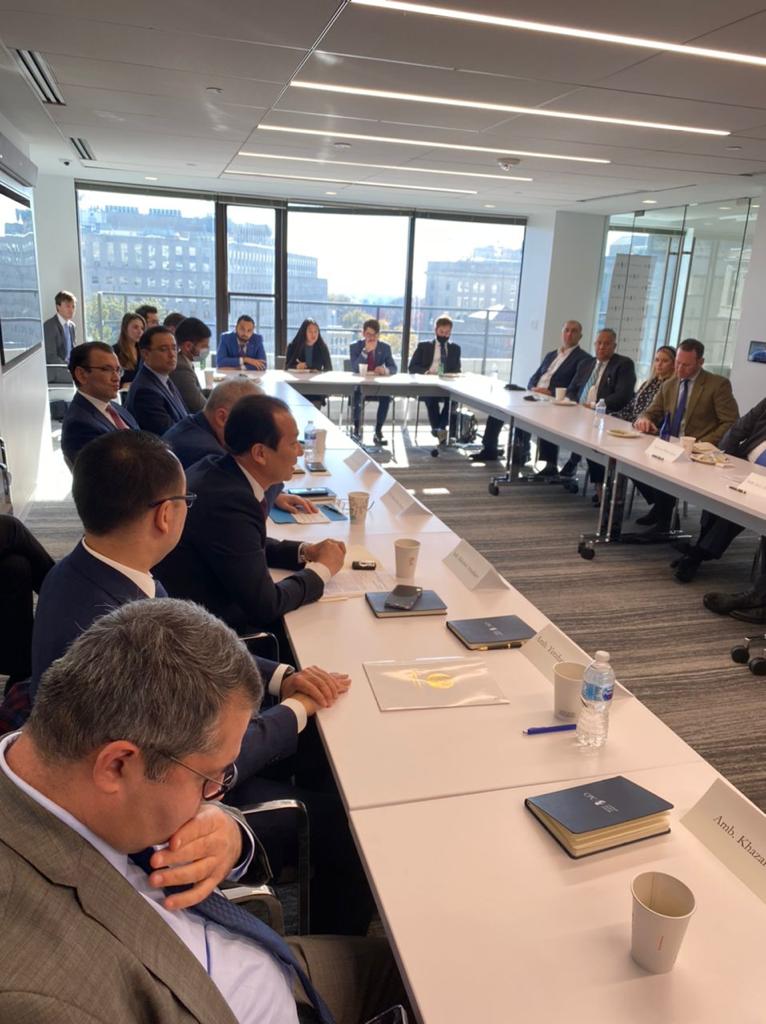 On December 1, 2021, a round table was held in Washington DC followed the Summit of the Organization of Turkic-speaking states, organized by the Caspian  Policy  Center.

The event was attended by the Ambassador Extraordinary and Plenipotentiary of the Kyrgyz Republic to the USA and Canada Baktybek Amanbayev.

The Ambassadors of Azerbaijan, Kazakhstan, Turkey, Uzbekistan are attended the event.

The Representatives of the US State Department, American analytical and research institutions have participated as well.

The main topic of the event was the discussion around the newly created Organization of Turkic-Speaking States (OTS), issues of international trade and economic activities of the OTS’s member-states.

As B. Amanbayev noted in his speech, Kyrgyzstan, as one of the founding countries of the OTS, supports the opening of a new transport corridors, cooperation of business circles, and the facilitation of trade between the participating countries.

"My country has become the initiator of the World Nomad Games, which have already become a world-famous brand and can become a business card of all OTS countries in the future. The next 4th Games will be held in 2022 in brotherhood Turkey on the shores of the beautiful mountain lake Iznik and I invite all countries to take an active part in them," the Ambassador of the Kyrgyz Republic said.