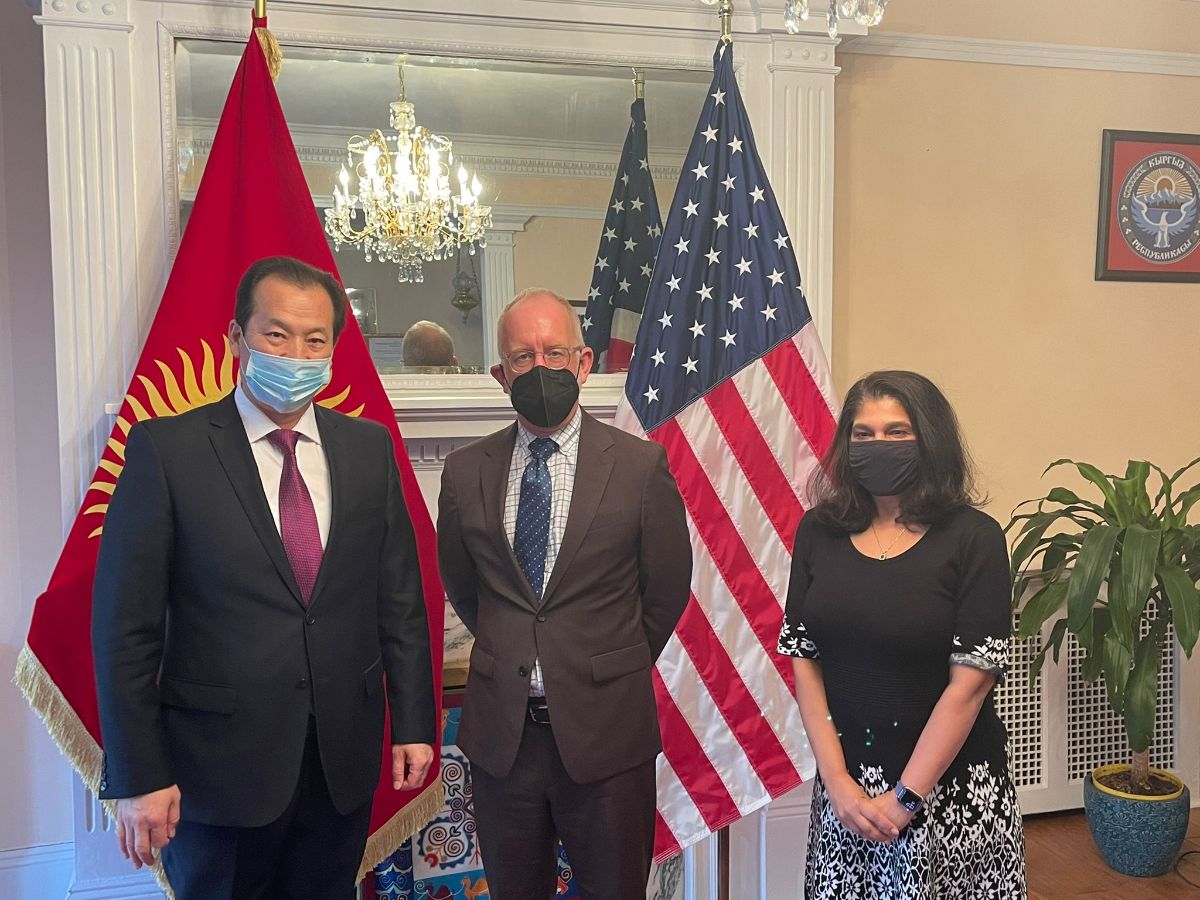 On January 12, 2022, Ambassador of the Kyrgyz Republic to the United States Bakyt Amanbaev met with Assistant U.S. Trade Representative Christopher Wilson and his deputy Zeba Reyazuddin.

The sides discussed the key agenda and prospects for increased trade and economic cooperation between the Kyrgyz Republic and the United States, including under the Generalized System of Preferences program and the Trade and Investment Framework Agreement with the United States. Ambassador Amanbaev emphasized the importance of strengthening Kyrgyzstan's export potential through the practical implementation of this program and the full use of its benefits, and in this regard called for assistance in extending this program and holding a series of seminars for Kyrgyz exporters. In addition, the head of the Kyrgyz diplomatic mission in the U.S. called the U.S. side to consider the possibility of establishing a Kyrgyz-American investment fund seeking for a source of funding economic projects in Kyrgyzstan.

In turn, Mr.Wilson expressed the willingness of the U.S. side to substantively discuss the trade and economic agenda between the Kyrgyz Republic and the U.S. and proposals of the Kyrgyz side, and informed about the current status of the General System of Preferences, assuring the assistance and provision of seminars for the Kyrgyz side.

For reference: The U.S. Generalized System of Preferences, a U.S. program specifically created in 1976, was established to promote economic growth of the beneficiary countries through preferential or duty-free importation into the United States of about 5,000 products from 121 countries that are participants in the program. Kyrgyzstan became a beneficiary country on December 29, 1993.