А – А А +
Обычная версия
Скрыть
News / News and Events / Chairman of the Cabinet of Ministers of the Kyrgyz Republic A. Japarov met with representatives of large American businesses 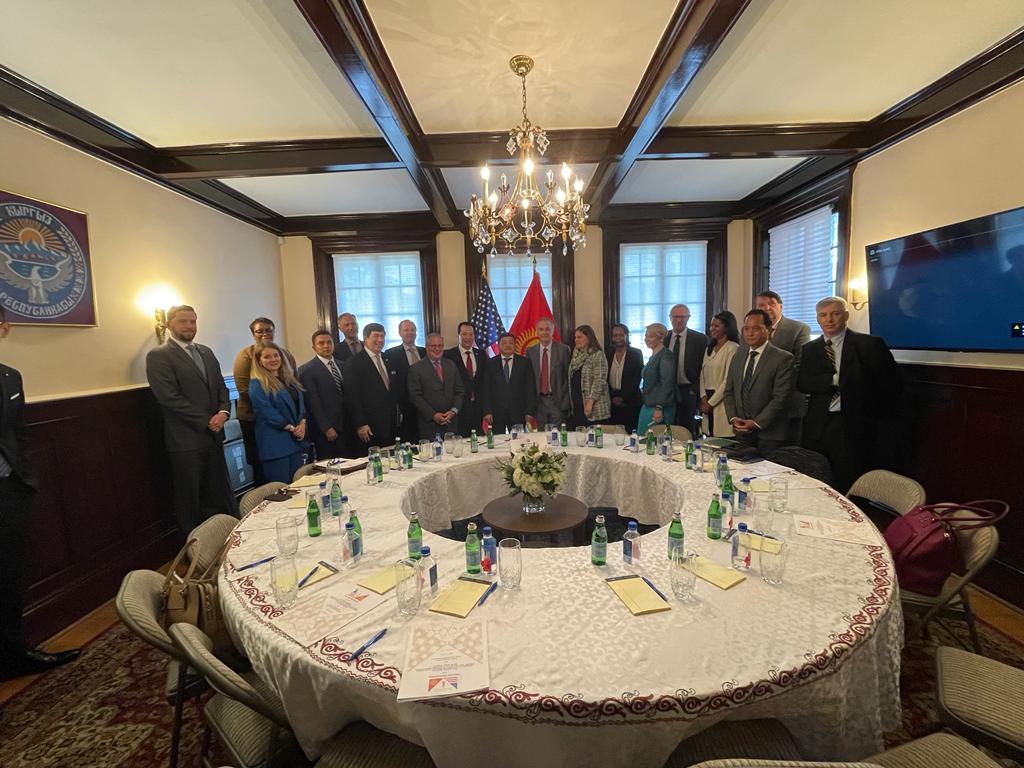 On April 21, 2022 the Embassy organized a business meeting between Chairman of the Cabinet of Ministers of the Kyrgyz Republic A.Japarov and representatives of large American businesses. Ambassador of the Kyrgyz Republic to the United States B. Amanbaev opened the meeting and introduced in detail the Kyrgyz delegation headed by A. Japarov, attaching importance to the development and diversification of trade and economic relations with the U.S. side, he made proposals for their improvement.
During the conversation the head of the Kyrgyz delegation spoke in detail about the political reforms carried out in the country over the past year under the leadership of President Japarov and their role in economic recovery of the country. Akylbek Japarov provided detailed information about the investment opportunities of the Kyrgyz Republic and the Kyrgyz government's priorities for economic recovery with specific facts and answered questions from the participants.
In turn, American companies, informing about their business plans, expressed their full willingness to develop cooperation with the Kyrgyz Republic. During the meeting it was noted that Kyrgyzstan has successfully settled the investment dispute with the Canadian company Centerra Gold without arbitration. Kyrgyzstan became a member of the International Center for Settlement of Investment Disputes, which provides settlement of investment disputes between governments and foreign private investors. Through this organization the Kyrgyz side will be able to protect the interests and investment issues of private, state and foreign companies in the Kyrgyz Republic in accordance with established international norms.
There was a detailed exchange of views and as a result of the business meeting practical agreements were reached.