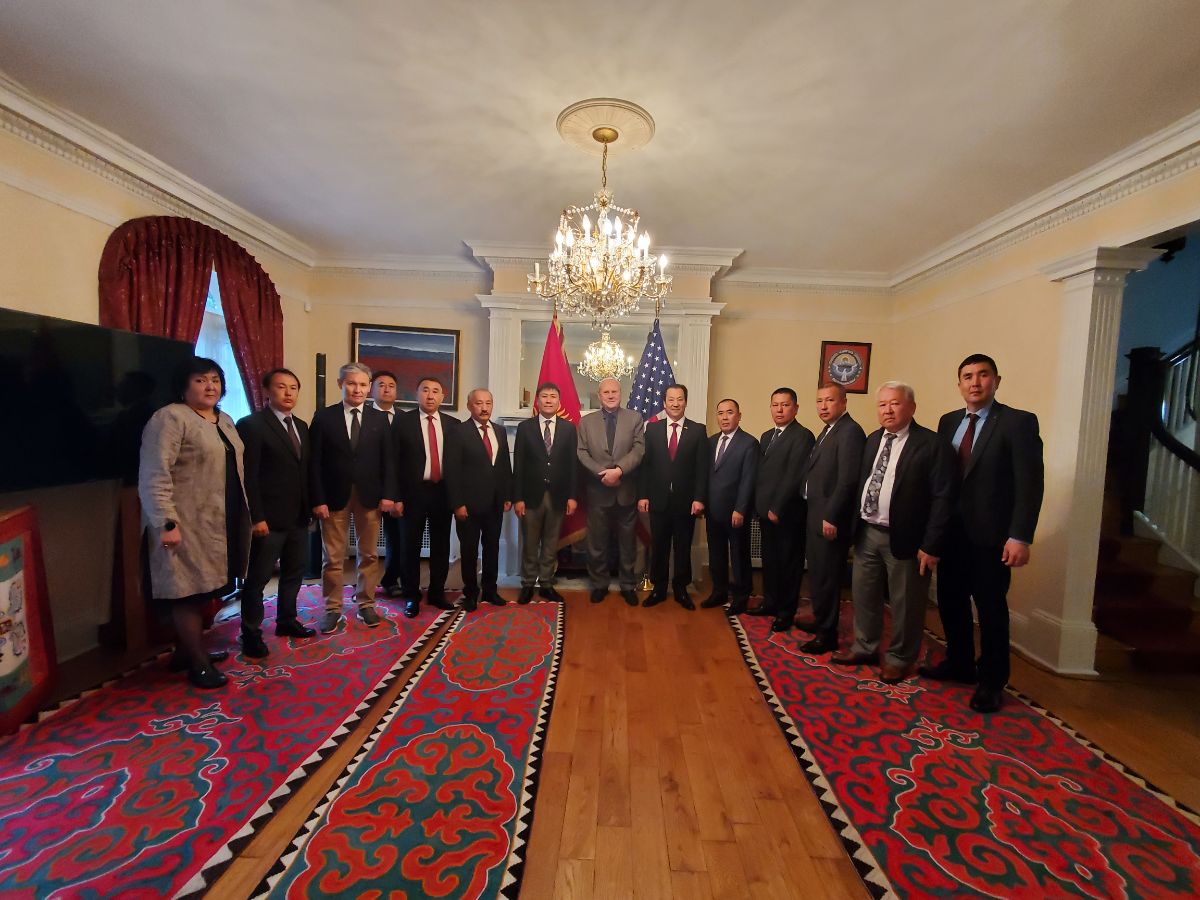 On May 6, 2022, a delegation of rectors headed by the Minister of Education and Science of the Kyrgyz Republic A. Beishenaliev met with the American geopolitical scientist, Advisor to three U.S. Presidents on Russia and Eurasia, the founder of the Central Asia and Caucasus Institute, Frederick Starr.
During the meeting Ambassador Amanbaev informed about the ongoing political and economic reforms under the leadership of President Japarov and the impact of such reforms on improving the education system of the Kyrgyz Republic. Minister of Education and Science A. Beishenaliev shared detailed information about the ongoing reforms in education in the country.
Frederick Starr, the founder of the Central Asia-Caucasus Institute, talked about how Kyrgyz universities can work more closely and effectively with U.S. universities and shared his vision for the future of the Kyrgyz economy, agriculture and science.
During the meeting, Starr answered questions from the rectors and expressed his readiness for further comprehensive cooperation.